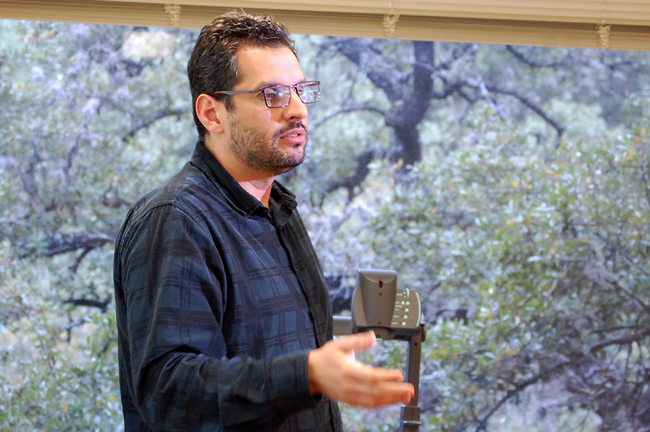 The public funding system provides many benefits, such as social security, for its elderly population while sacrificing education and other benefits for children, according to Turra, who spoke Monday at Sid Richardson Hall.

Although the current Brazilian population has a higher number of children and elderly than adults, Turra said he believes the country does not evenly distribute aid to the poor.

The 1930s was a period of stimulus for the Brazilian government, during which it increase the allocation of public funds to the elderly, according to Turra. In the 1930s, Brazilians had a high chance of poverty at older ages because 70 percent or more of children lived in poverty, and the average amount of schooling for children was four years, Turra said.

Sam Hagan, an intern at LLILAS Benson Latin American Studies and Collections, believes that increasing public funding to children should not be the only focus for the Brazilian government.

“I believe there are other areas of social policy that are of equal or greater impact on young lives that have been ignored in recent years, such as education,” Hagan said.

A majority of the Brazilian population still depends on the public funding system that was developed in the 1930s, Turra said. In the 55-69 age group, 66.1 percent of people live in a household in which at least one person receives social security benefits, according to Turra.

“If we want to improve children’s lives, we should give money to them instead of giving money to their grandfathers,” Turra said.

Public health freshman Jonathan Tran believes that this will pose a problem for Brazil in the future.

“It’s obvious that this public funding system cannot sustain itself, which means that change must come,” Tran said.