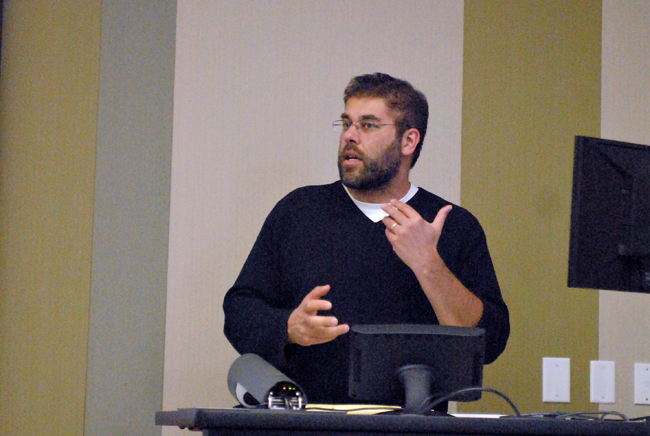 European security institutions are out-of-date because they have not evolved since the end of the Cold War, according to a panel of lecturers who spoke Monday at the College of Liberal Arts.

Foreign security is formed by European organizations, such as NATO and the Organization for Security and Co-operation in Europe, that are tasked with using military and cultural influence to prevent conflict, according to Lorinc Redei, lecturer at the LBJ School of Public Affairs. European security institutions need to better understand the conflicts they are involved with to ensure the safety of the affected citizens, Redei said.

“There’s a lot of players on the field, and we know who the players are, but we don’t really know if there is a coach calling the play,” Redei said. “Unless you have a play, you’re not going to win the game. And so I think with this conference, what we’re trying to figure out is … who the coach is and what the plays are.”

The lack of European wars in the 21st century has caused European security to become an uninteresting topic, according to Jennifer Johnson, Plan II senior. Since the 2014 Ukrainian revolution has been under the control of the Europeans, the focus has shifted to questioning the responsibilities of the these European institutions, Johnson said.

“Ukraine is really important now,” Johnson said. “It’s really an important test [for Europe] almost to see which organizations they use because obviously OSCE is on the ground right now, and NATO is a very controversial power and [is] what Russia is ultimately afraid of.”

Economics sophomore Mariana Bernal said the way US-allied European countries have responded to anti-American crises is important to both U.S. and global security.

“I hope to see if whatever they’re doing, as of now, is being done unilaterally against the U.S. or against anyone, really, or to see if they’re working for peace in a broader sense,” Bernal said.

The future of European security depends on whether you hold an optimistic or pessimistic perspective on the situation, Redei said.

“If you’re an optimist, you might say Europe is going to coordinate itself more effectively … if you’re a pessimist, you would say that you’re going to have a free-for-all or anarchy of all these institutions working haphazardly,” Redei said. “The default option is always that Europe is just going to muddle through, but the question is, will it be able to muddle for much longer without going one way or the other?”

In an earlier version of this article, Jeremi Suri's name was misspelled in the caption. It has been updated.