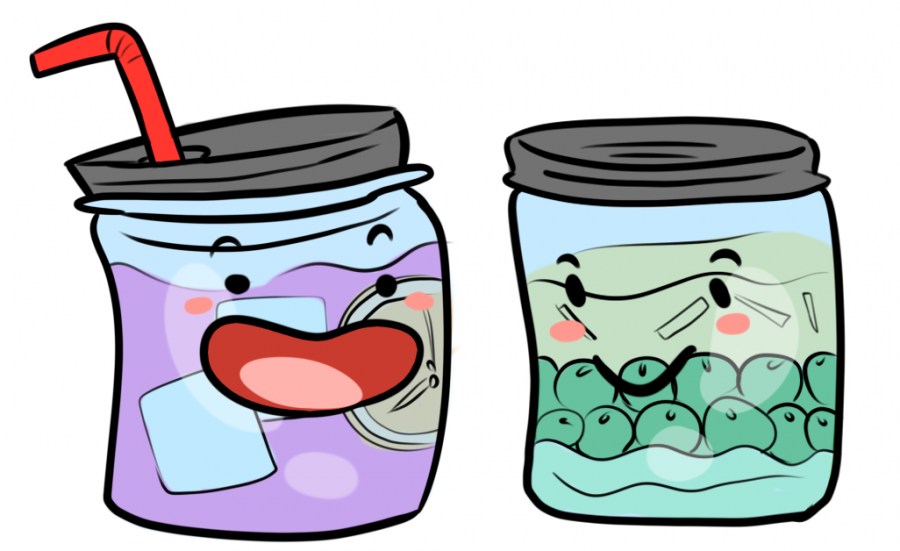 You know the scene. There’s that one person on the bus chomping on some green sludge that looks semi-expired, and it’s in a mason jar. Always a mason jar. You scoff on the inside while they happily munch along. But it’s time for the glares and judgment to end.

In the munch-debated war on “hipsterdom,” mason jars have been a casualty, and it’s time they re-enter  positive mainstream consciousness. Mason jars have suffered through association, but, in reality, they’re actually about the coolest vessel to eat or drink out of. It’s not fair they get such a bad rap because they’re really so convenient, economical and classic.

They don’t crush your food as a Ziploc bag or plastic Tupperware might. The jar’s hard glass exterior prevents your layered salad from wilting.

Plus, you can buy any sized jar to suit your needs, whether it be to fit into a side backpack pocket or in a huge purse littered with months-old Whole Foods Market receipts.

Don’t want your in-class crush to see your blobby chia pudding? There’s a jar for that.

Make your chia pudding the night before class by mixing one cup of unsweetened almond milk with one-quarter cup of chia seeds straight in your mason jar of choice. When you wake up, add some berries for good measure and cruise to class with the ultimate cool factor in hand.

Mason jars are the George Clooney of drinkware — classic, timeless and always foxy. Forget about your weird protein shake jugs because they do not look good.

Coffee shop-chic glassware is literally at your fingertips when you own your own set of mason jars, and your Instagram game is bound to go up a few points. Ever been to Vintage Heart Coffee on East 7th? They know what’s up and serve their brews in mason jars.

Like I said, coffee shop chic. Although mason jars were invented in 1858, they’re still being used today.

And, of course, with mason jars there is no chance of littering gross paper bags and plastic wrappers on the Main Mall lawn in between classes. Mason jars are beautiful, economical and reusable all in one sleek vessel.

When John Legend sings “All of Me,” he might as well be serenading a mason jar. Sorry, Chrissy.

Are you convinced yet? Do you get that it’s not right to hate on people for their serving choices? The much-maligned mason jars need more love beyond Pinterest or a Buzzfeed list.

So, stop hating. Let the hipsters eat their food in mason jar peace. In fact, join them. Sure, it’s hip to be square. But it’s even hipper to be cylindrical.