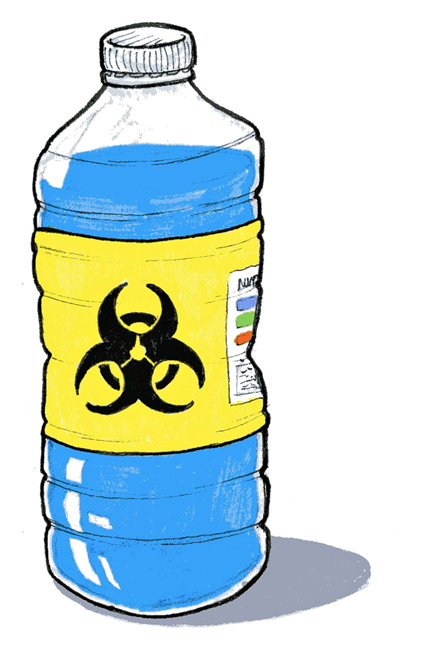 A UT researcher reported that products made without bisphenol A (BPA) emitted more synthetic estrogen than products containing the chemical.

Neurobiology professor George Bittner published an article with the results of research from testing commercially-available plastic products advertised as BPA-free. BPA is a chemical plastic additive often found in household products, such as baby bottles.

According to the article, the researchers found almost all the sampled plastic products released chemicals with estrogenic activity.

Bittner and his team were unavailable to comment on the report’s findings.

Synthetic estrogens can cause health-related problems, including early puberty in females, reduced sperm counts in males, altered functions of reproductive organs, obesity and increased rates of certain cancers, according to the report.

Fetuses and young children are particularly sensitive to very low doses of chemicals with estrogen activity, according to the report.

Chemistry senior Meredith Ward said that plastic is “bad, in general,” because of the environmental effects it causes and how much of it ends up in landfills.

“I’ve always known that plastics were dangerous, but I guess the public has a misconception of BPA-free plastics being safe when they really aren’t.” Ward said.

Consumers should realize that they’re not just looking for BPA-free plastics anymore but for plastics that don’t leach synthetic estrogens, said Clemens Lee, mechanical engineering student and member of Engineers for a Sustainable World.

“I believe that, as a consumer, it is important to realize what we are looking for in terms of health safety in our products,” Lee said. “It is also important for a consumer to see beyond the product marketing, but that in itself can be very difficult and require much more research on the consumer’s end.”

Lee said he hopes, with more evaluation and research, there will be safe-to-use products which do not have adverse health effects. Synthetic estrogen has been found in other chemicals, according to Lee, and he said there is progress being made in eliminating estrogen activity from plastic products.

“Now that we have found [estrogen activity] in other chemicals, I believe there should also be a movement towards producing consumer plastics that are [estrogen] free,” Lee said. “Instead of pursuing a ban or elimination of each possible chemical that has [estrogen activity], we should be looking towards creating products that are safe to use.”