Bob Ross inspired millions through accessible art, according to lecture 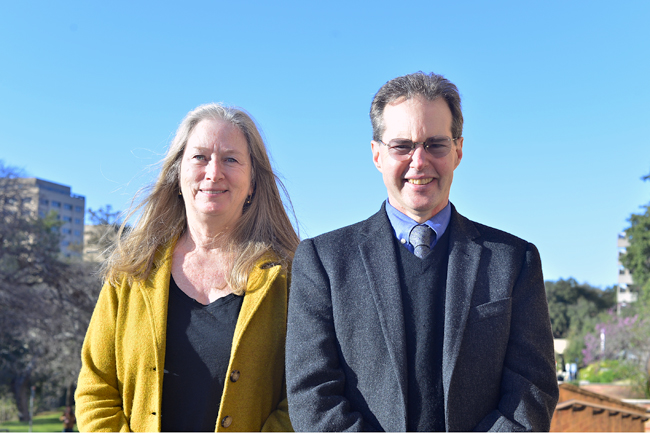 The late Bob Ross, artist and host of the TV show “The Joy of Painting,” made painting accessible to millions of viewers, according to two visiting lecturers.

“The most important part of Bob’s work is how he became a master of relational aesthetics,” Congdon said. “Bob Ross brought together all kinds of individuals … across classes and educational backgrounds all over the world.”

The television show was therapeutic for many viewers, Blandy said.

“People credited him with introducing them to going to art school, and people said he saved their lives,” Blandy said. “He got them through divorces.”

“[He] wanted to provide encouragement through his art instruction,” Bain said. “Anyone can pick up a paintbrush, and he was leading them through very structured lessons and demonstrating, ‘This is how you do it, but you can also make your own alternations.’ He was just trying to motivate people and make them feel that art was accessible.”

Ross’ encouraging personality and a carefully stylized public image helped him earn millions of dollars in the television industry, according to Blandy.

“Every aspect of the series was well-thought-out in advance,” Blandy said. “This included the clothes that Bob Ross wore — he wanted to always look current, no matter how many series would be broadcast. He had the minimalist set, the mock acting-ness as if he were only talking to a single viewer.”

“We were clearly shut out from interviews with family members who were associated with Bob,” Blandy said. “No one would talk to us except Bob’s second wife’s sister.”

“I used to watch Bob Ross on TV, and I cannot make art to save my life, but I love art and learning about art and teaching about art, so he really got me interested in how can I teach in a cool, inspiring, fun way,” Petersen said.