The race to STEM careers fraught with discrimination 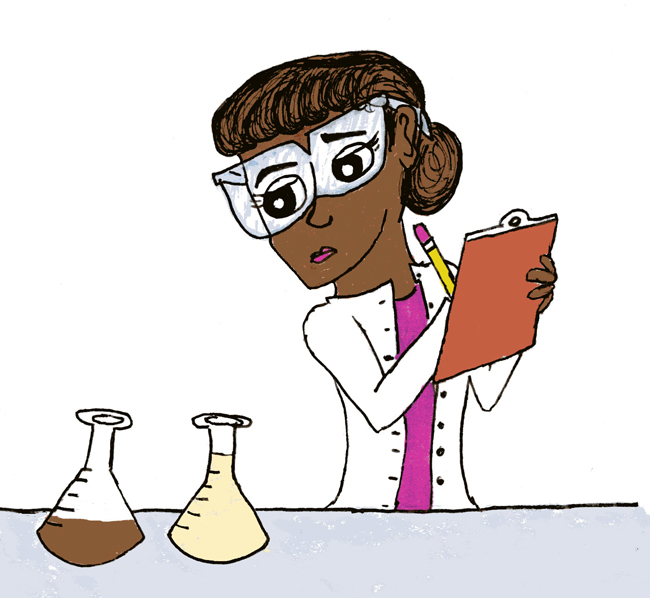 Imagine investing $100 into a bank account that grows with interest over time. If the account had the same growth rate as the number of black people in science, technology, engineering and math (STEM) fields, it would gain just $2 in 45 years.

A 2013 survey the U.S. Census Bureau carried out found that only 6 percent of the STEM workforce identifies as black — a 2 percent increase since 1970. The census defines black as any person having origins from a black racial group in Africa or identifies as African-American, Sub-Saharan African or Afro-Caribbean. Additionally, there is an option for people who identify as a personal definition of black or African-American.

In the U.S. population, there is one black person for every six white people, but, within STEM field, this falls to one in 12. Entering a STEM field is difficult, regardless of race, and many students drop off before earning their degrees. Not everyone who is aiming for a career as a scientist makes it. However, the percentage of black students dwindles at a faster rate than that of their white peers.

According to the census data, black students represent 15.4 percent of enrolled college students — and these students only earn 7.1 percent of STEM degrees. Additionally, only 6 percent of STEM jobs go to black workers, and those people end up earning 15 percent less than their white peers.

Research attributes under-representation within STEM fields to negative stereotypes about blacks, a limited number of black role models because of historical barriers, a knowledge gap between parents who did not attend college and college-bound children, and even unintentional discouragement by mentors.

The American Association of University Women, with the backing of the National Science Foundation, researched the social basis for gender discrimination in STEM fields. The study found home and school environments to be leading predictors for academic achievement, specifically stemming from unconscious beliefs about gender.

A new study by the American Psychological Association, which sampled more than 1 million incoming college freshmen over 10 years, showed an increase in the number of black women entering college who expressed interest in STEM fields.

If the underrepresentation of black people in STEM fields seems daunting, it should.

The American Association of University Women makes eight recommendations to bring in and retain more students, including active recruitment, education for educators about stereotypes, and revision of admissions policies to help work toward equal representation.