Science Buzz: The dress that stopped the Internet, in vitro fertilization, p-values and video game AI 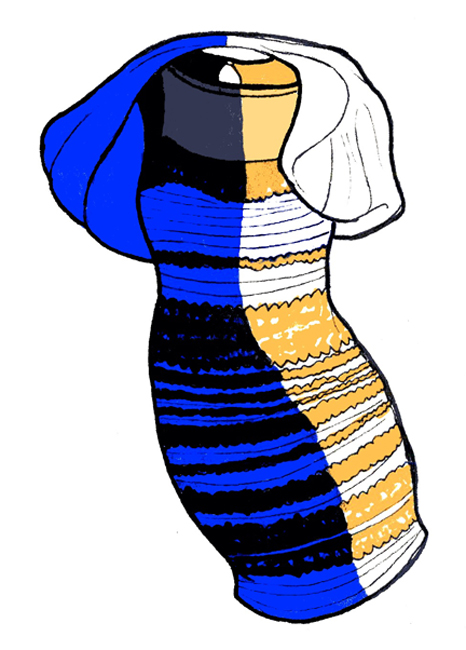 Editor’s note: In this recurring column, science writer Robert Starr rounds up the previous week’s top science stories. Have a suggestion? Send a tweet to @RobertKStarr, and your link might appear in next week’s Science Buzz.

The Internet lit up Thursday night when Tumblr user "Swiked" posted a picture of a white and gold dress. Or was the dress black and blue? Suddenly, a seemingly simple question (“What color is this dress?”) fostered impassioned debates seldom seen outside of politics, religion or sporting events. The image is an example of a color consistency illusion. Depending on lighting conditions, the same object reflects different wavelengths that hit our retina. Our brain has to make sense of them and adjust for the background light, but not all brains respond the same way.

Read more about how a black and blue dress can look gold and white.

Anyone who ever fed a roll of quarters into a Street Fighter machine knows that computers can be very good at video games, but these computers must be taught. The artificial intelligence for Street Fighter probably wouldn’t be as good at Angry Birds, and vice versa. Google developed a new self-learning video game playing machine to correct this. Without any explanation of the rules, the system taught itself to play several old Atari games through trial and error by analyzing what habits led to higher scores. Soon, the program became better than human players at some games, including Space Invaders, Pinball and Pong (although it didn’t fare as well at Ms. Pacman, Asteroids or Centipede because those games required looking too far ahead or in the past for the program to manage).

Will the computer become self-aware and kill us all?

This week, the United Kingdom approved a new system of in vitro fertilizations that uses DNA from three separate parents. During typical in vitro fertilizations, doctors take sperm from a male donor and match it with a woman’s egg before implanting it inside the mother’s uterus. The new system takes the DNA from an egg and places it into another egg with different mitochondrial DNA before providing the father’s sperm. This technique could be beneficial in situations in which the mother has faulty mitochondrial DNA, which can lead to problems with her offspring, including seizures or even death. Although the treatment received approval from the British House of Lords, it will remain highly regulated, used only in situations when it helps prevent potential side effects.

Flip a quarter three times and it could land heads every time. Sometimes that happens by chance, but sometimes, it’s from using a two-headed quarter. The same thing happens in research. If people take a new medicine and show lower rates of heart attack than those who don’t, is it because of the medicine or just pure chance? In order to figure that out, scientists calculate a p-value, which gives the odds that a result occurred through chance alone. If this number is sufficiently low — usually below 5 percent — then the results are probably not just coincidence. However, researchers can manipulate this number, often without realizing it, which has led the journal Basic and Applied Social Psychology to ban it from any research papers they publish. The “null-hypothesis significance testing”, which is the general category to which p-values belong, is not without its critics, but most scientists feel that it’s necessary until something better comes along.

Thanks for reading Science Buzz. Check back next Monday for more!