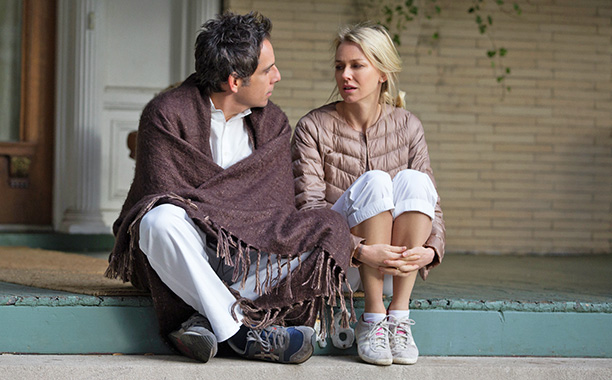 Amid the buzz about “Insurgent,” the second installment of the “Divergent” trilogy, or movies like Disney’s upcoming remake of “Cinderella,” a number of interesting films and series pass through theaters and online streaming sites totally unnoticed. From freethinking robots to zombie beavers, here are some of the most overlooked offerings cinema and TV are presenting this month — the good, the bad and the ugly. Viewer discretion is advised.

Yes, this is a film about zombie beavers. If you derive joy from making fun of other people’s terrible ideas, “Zombeavers,” like 2013’s “Sharknado,” is prime real estate. The film pokes fun at the ridiculous stereotypes of the horror genre through horrifically cheesy dialogue, excessive low-budget blood and an army of crudely stuffed taxidermy beavers.

​Watch the trailer for "Zombeavers" now:

“Faults” bends conventional genre boundaries, combining aspects of a black comedy, drama and thriller into a low-budget film starring Mary Elizabeth Winstead and Leland Orser. The film playfully deals with the serious subject matter of psychotherapy through the main character of Orser, a “deprogrammer” hired by Winstead’s parents to “deprogram” their brainwashed daughter. Winstead, a cult victim, proves steadfast in her brainwashed beliefs and poses a challenge for Orser. The film, a directorial debut for Riley Stearns, follows Winstead and Orser as they battle for control over Winstead’s mind.

​Watch the trailer for "Faults" now:

“While We’re Young,” a film indie legend Noah Baumbach wrote, directed and produced, chronicles the story of straight-laced, middle-aged couple, played by Ben Stiller and Naomi Watts, as they dive headfirst into a midlife crisis after befriending a significantly younger couple, played by Adam Driver and Amanda Seyfried.

In a write-up for Toronto International Film Festival, writer Cameron Bailey wrote that the film perfectly encapsulates the paradox of modern urban sophisticates: the older generations embracing iPhones and Netflix and the younger discovering vinyl and vintage VHS tapes.

Watch the official teaser trailer for "While We're Young" here:

Sci-fi vet Neill Blomkamp, known for “Elysium” and “District 9,” directs the emotional action-thriller, “Chappie,” which follows a young robot set in the near future. “Chappie” tells the story of the first sentient robot, who fights for his life against Hugh Jackman, a corrupt law enforcer who wants to destroy him. Surprisingly, the MPAA has given the movie an R rating for violence, language and nudity, raising many questions as to who might be stripping down in a film in which the main character is a robot.

Check out the trailer for "Chappie" here:

Netflix will strategically releases its new thriller-drama series, “Bloodline,” just three weeks after “House of Cards”’ third season premiere in hopes of keeping all the binge-watching couch potatoes’ attention. From the creators of “Damages,” the series follows Kyle Chandler and his prominent Floridian family as their world is rocked by the return of the renegade eldest brother, Danny (Ben Mendelsohn), who threatens to reveal the family’s dark secrets and scandalous past. The trailer reveals levels of drama and character development of the same caliber as the widely-loved Netflix dramas “Orange is the New Black” and “House of Cards.”

Watch the trailer for "Bloodline" your next binge-watching Netflix addiction, here:

Maps To The Stars

Academy Award-winner Julianne Moore stars in “Maps to the Stars,” a satirical drama that comments on the superficial and greedy nature of the entertainment industry. Moore depicts an unraveling washed up actress in need of a personal assistant who hires former psych ward patient Agatha (Mia Wasikowska).

The film also stars John Cusack as a celebrity therapist and Robert Pattinson as a limo driver. The script, inspired by time the writer spent as a limo driver in Beverly Hills in the 1990s, fell into the hands of Canadian director David Cronenberg and was released Friday.

Watch the trailer for "Maps to the Stars" here:​