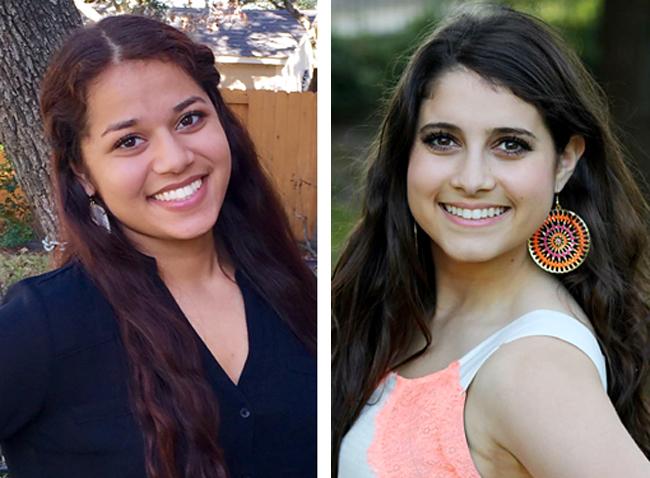 In a majority opinion, the Board concluded that Agarwal and Minkowitz violated the election code of “prohibited association” by showing support for other candidates.

Graduate school representative candidate Katherine Jensen submitted a complaint to the Board, saying Agarwal solicited votes on behalf of Minkowitz via social media. In the complaint, Jensen said Agarwal’s support of Minkowitz on Facebook showed a clear collaboration between the two campaigns because Minkowitz did not “untag” herself in Agarwal’s endorsement photo in the two days following the original post.

“Sammy and Anika were kind of confused on whether they were associated,” Molina said.

“I didn’t really see it as co-campaigning,” Agarwal said. “It was a miscommunication and forgetting how open Facebook can be.”

Minkowitz said she had similar misunderstandings as to what co-campaigning meant.

Jensen also said Minkowitz showed public support for University-wide representative candidate Jonathan Dror. On Facebook, Minkowitz clicked that she was going to the event “Vote for Jonathan Dror,” and she also liked his Facebook page. The Board found that Dror was not in violation of the code.

According to the election code, candidates can not support other candidates unless the candidates are running together in an Executive Alliance campaign for Student Government president and vice president.

“We take the prohibited association clause very seriously,” Board chair Nick Molina said. “We don’t want any students to get the idea that two candidates can run together.”

In their resolution, the Board said Agarwal was in direct violation of the election Code and Minkowitz received undue benefits from the prohibited association. Both candidates are suspended from campaigning between 7 p.m. Saturday and 7 p.m. Monday.

“Except in cases of a bona fide executive alliance as provided for in this code, no candidate is allowed to contribute financially or provide any other form of tangible support, including but not limited to campaign materials, to another candidate’s campaign,” the code says.

“The way that I see it, it’s meant to not necessarily hurt the candidates. It’s meant to level the playing field,” Molina said.

The two will be able to campaign again Monday night in time for the University-wide representative debate.