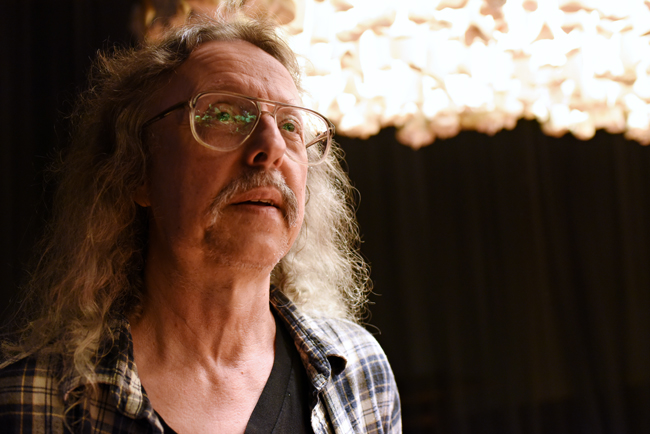 When John Sager was 9, he met Martin Luther King Jr. during a vacation to Florida. Sager ran with King’s children through the halls of the hotel where both families were staying.

At the time, Sager knew nothing of civil rights activists and their struggle for desegregation.

Forty years later, Sager remembers the encounter as he unloads the items that make up the Blanton Museum of Art’s “Witness” exhibit — a compilation of artwork centered around the civil rights movement.

During the 35 years Sager has worked as the museum’s preparator, he’s seen exhibitions such as “Witness” come and go.

It’s a two-year journey from an exhibit idea to the moment the artwork arrives at the loading dock. At that point, Sager takes over. He removes the artwork from the truck, places items in their designated spots and adjusts lighting.

Although Sager has gone through the same process for decades,  he still finds excitement in the problem solving that each show demands.

“Every show is different,” Sager said. “You have to consider a lot of different things. Just getting to handle the art and being up close with it — that’s probably my favorite thing about this job.”

When it’s time for Sager to clock out, he doesn’t leave the art behind. Instead, he heads home to create his ownpieces.

“I can’t interact with the art at other museums,” Sager said. “Here, I’m up close with the art. I can share in the learning process with the curators. I keep learning as a person and as an artist.”