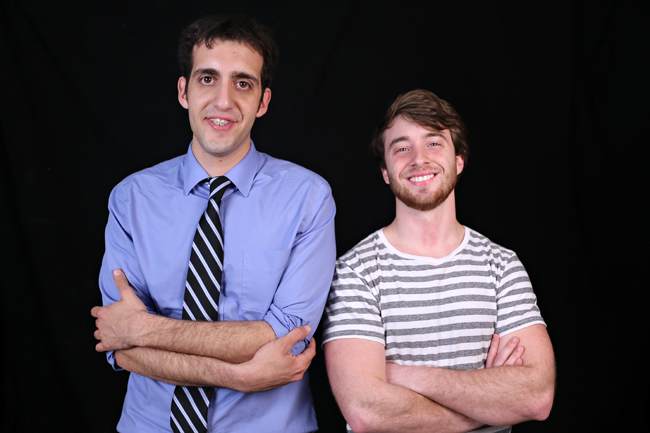 David Maly and Stephen Svatek, presidential and vice presidential candidates for executive alliance, are plugged in to a number of outlets on campus.

“I’ve been heavily involved in campus activity during my time here, mostly through journalism, and I’ve been able to dig heavily through different areas of campus,” Maly told the Texan earlier this month. “I’ve learned a lot about … the issues at UT.”

Maly, editor-in-chief of the Horn and the Odyssey, said he has covered Student Government extensively during his time as a journalist on campus.

“I think journalism is so important,” Maly said. “It exposes really important issues in our society, and in that way promotes dialogue and change, and so I think that big positive impact it can have — that’s why I like it so much.”

For Svatek, UT’s traditions have molded his experience at the University.

“Both of my parents came here — I’m a second generation Longhorn,” Svatek said. “A lot of the things that they tell me about Longhorn Band are things that are still going on … they went here in the ’80s, and to see 30 years later … those traditions are still alive.”

On top of its tradition, Maly said he thinks UT can offer students educational and post-graduate opportunities no other University could.

“I feel like you can do almost anything if you’re willing to put the work in and really pursue the right things,” Maly said.

Maly said Svatek has proven to a be a good friend and vice presidential candidate, especially with his knowledge of the University.

“He always tries to do the right thing,” Maly said. “He’s a really good friend, if you need anything he’s always there.”

Svatek’s long-time friend Elric Martinez said Svatek has been a reliable friend throughout the years.

“He’s a very, very hard worker, way harder than most people I know,” Martinez said. “He is empathetic. He’ll do anything for his friends.”

Maly has also been an admirable friend, according to Svatek.

“He sacrifices a lot,” Svatek said. “If I ever need something … he already has so much on his plate. Time isn’t really an issue for him. He’s really willing to give and sacrifice himself for others.”

Maly said he has a longhorn tattoo, and his favorite movie is “Anchorman.” Although he said he likes to have fun, he also is dedicated to making a change in the world through his journalism.

“I’m someone that will always help other people out, someone who can have fun and someone who is trying to reach their goals,” Maly said.

Maly’s and Svatek’s campaign, “SG for All,” is based off of the idea of making SG a more transparent and inclusive organization. Their platform points include making transferring between colleges easier, implementing a year-round 24/7 Perry-Castañeda Library and securing the future of SG initiatives, such as Safe Ride and uRide, transportation programs for students.

“We’re working to communicate our ideas as publicly as possible and make ourselves as available as possible,” Maly said. “We’re going to try to talk to all students.”

To read the candidate profile for Braydon Jones and Kimia Dargahi, click here.

To read the candidate profile for Xavier Rotnofsky and Rohit Mandalapu, click here.