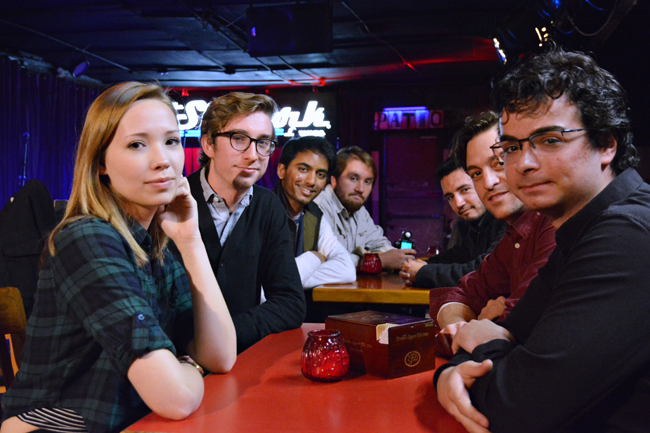 Student filmmaker Andrew Garbus has high hopes for his 12-minute musical drama, “A Song for Danny.” The film centers around an artist who must take risks and make difficult choices to further his career — and this is a mind-set Garbus, near the end of his time as a student, understands.

“My films are the most true form of who I am as a person,” Garbus said. “Film is a tool for empathy … and I think that [has allowed] them to really connect with people and really affect them, and hopefully this film does the same.”

Garbus, who will direct and co-write the film, said he hopes it eventually makes it to the Sundance Film Festival. The film, currently in month five of pre-production, has been a team effort right from the start. Radio-television-film senior Jonathan Cox, one of many students centrally involved in creating “A Song for Danny,” co-wrote the script.

“I call them my three-headed dragon,” Garbus said.

Payan said working on the ambitious student film was an easy choice.

“For me, it’s all about risks,” Payan said. “If I were practical, I wouldn’t be in film school right now.”

Once the script had producers, the film needed actors — and the search for the right cast was tricky, too. Garbus and Payan both said it was a nightmare finding a lead actress who could simultaneously act, sing and play the film’s original songs, which another student — computer science junior Joe Bowman — wrote.

Finding radio-television-film junior Jessica Perrin, who plays the female lead, was nothing short of a “miracle,” Garbus said.

Once he had recruited his primarily student-led team, Garbus looked to the broader community. Internationally acclaimed saxophonist Ron Holloway will be playing an alternate version of himself, and Deep Eddy Vodka and Tito’s Vodka are sponsoring the project.

Payan said he believes his team’s collective passion is what convinced the film’s backers and supporters, especially since the film is still in pre-production.

“When you work on [professional] sets, you are working with a bunch of people who are kind of in it for the money,” Payan said. “They have to be — it’s their career. But here, it’s all passion-fueled.”

As Garbus’ team works toward their ultimate goal, Sundance, they are also receiving significant help from the University itself. Garbus applied to one of the radio-television-film thesis programs the University offers, and his film was accepted. Having a spot in the program means Garbus has direct access to Moody College of Communication equipment and to guidance from radio-television-film professors.

Shooting for “A Song For Danny” starts in Austin on Thursday and will continue next week in New York City. Payan said he does not have the same connections and resources in New York that he has in Austin, but traveling is a risk the team is willing to take to preserve Garbus’ vision. After shooting in New York, the team plans to launch an Indiegogo fund-raising campaign, edit the short and eventually submit their final product to film festivals.

Garbus said his primary goal for everyone involved in the project is to provide them with real filmmaking experience — while also creating something that resonates with audience members, who may be making difficult choices of their own.

“It’s really kind of a personal film — without being overtly personal,” Garbus said.