Five social media accounts to follow if you live in Austin 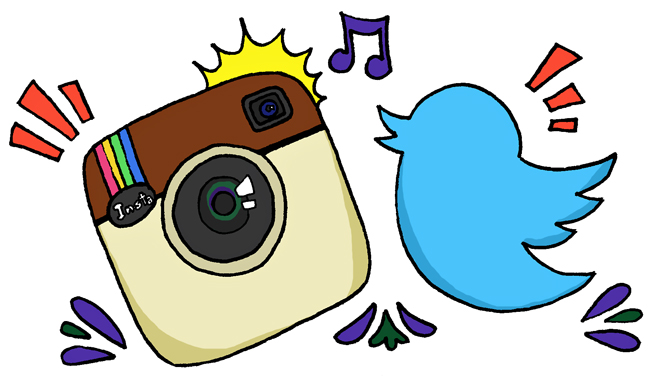 Birthday shoutout posts and “Throwback Thursday” pictures often clutter social media newsfeeds. Separate yourself from the monotony with high-quality pictures of Austin landmarks and event updates. Social media is a convenient way to stay in the know about quirky and inexpensive opportunities that commonly pop up in the Austin area.

Restaurants, stores and companies have created Instagram and Twitter accounts to advertise special deals and events. While an abundance of these Austin-esque accounts continue to form on social media, here are The Daily Texan’s top five Twitter and Instagram handles to follow for becoming a social-media-savvy Austinite.

An extension of the 365 Things Austin blog, this account is a Twitter and Instagram staple. The account captures Austin’s spirit by posting pictures of the city, food and events from around town. Committed to posting daily, 365 Things Austin often features an appetizing meal from different restaurants, such Chi’Lantro BBQ and Pinthouse Pizza. High-quality photos of the Frost Bank, the Capitol and other Austin landmarks also fill the accounts. When events such as Austin City Limits Music Festival and South By Southwest come around, you can expect plenty of event photos and information.

This account keeps followers informed about goings-on around town. The Twitter account posts links to ticket information for upcoming concerts and festivals. The Instagram supplement scouts out random, interesting places in Austin, such as the Living Room at W Hotel and the “Night Wing” bat sculpture.

The account managers often accept and post photos from random people in the city that capture the Austin experience.

This account does exactly as what the name implies: finds deals in Austin. Austin On Budget posts about discounts on food and drink at restaurants such as Kerbey Lane Cafe and Taco Deli. Its motto — “everything tastes better when it’s a deal.”

It also posts contest information, so followers can retweet posts to enter to win gift cards to different restaurants in Austin.

Even though ACL is an annual event, the festival releases updates throughout the year. In addition to posting ACL news, the account also posts throwback photos to past performances, so followers can reminisce on Kanye West’s 2011 performance. During the festival, the account also features different food available and photographs of some ACL-goers dressed in festival garb.

This article would not be complete without mentioning our very own Twitter account. The Daily Texan Twitter is regularly updated with the day’s content and is an easy way to stay updated on what’s happening around campus. We’re more reliable than Yik Yak.

The Instagram counterpart gives followers a look at the best art from the day’s paper, occasionally including unpublished content.

Over 300 members of the UT community gathered on the front steps of the Main Building on Thursday night for a vigil in memory of three Muslim students at the University of North Carolina–Chapel Hill who were killed in their apartment Tuesday evening. Check out our coverage of the event, including more photos and a video, on dailytexanonline.com. #ChapelHillShooting #vigil #unc