In wake of Nemtsov killing, we should question growing political incivility 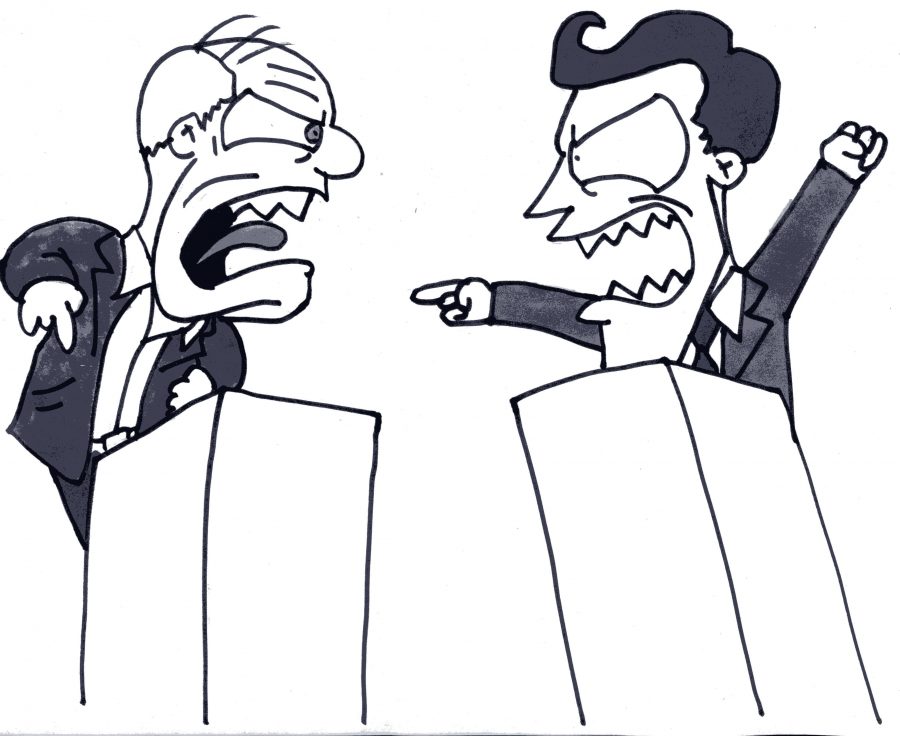 Is it just me, or has our world taken a turn to greater incivility in the last few years? The evidence seems overwhelming. Our politicians attack one another and show no inclination to listen to anything but what they already believe. Politics has always involved aggression, but we have crossed a line when national figures compare peaceful protesters to international terrorists and prominent personalities accuse their adversaries of “not loving America.” Our public discourse leaves little space for legitimate and respected disagreement. You are loyal and upstanding or you are traitorous and debased, depending on who is listening.

This phenomenon is global. The dismissive renunciation of Greece’s calls for reform in European Union finances and its pleas for some alternative to economic policies crushing its population show how European politics are also plagued by callousness toward dissent. China and Russia have only increased their intimidation, torture and even murder of dissidents. The killing last week of Boris Nemtsov, a former deputy prime minister and leading liberal politician in Russia, was one more sign that rulers around the world are cracking down on public critics. Shot dead in sight of the Kremlin, Nemtsov’s murder is a deadly warning to all, in Russia and beyond, who challenge established authority.

Growing inequalities of power and wealth are a necessary part of this story. During the past half-century, millions of people around the world have gained access to education, high incomes and personal security. At the same time, many more millions have been left behind. By most measures, the gap between the lucky “haves” and the unlucky “have-nots” has grown across societies. This is perhaps true in the United States most of all, where a narrow sliver of the population has seen unprecedented income growth, while the vast majority of citizens face real declining wages. The children of the wealthy and the educated in our society can expect lives of great abundance and opportunity; the children of the poor have much narrower prospects, with less hope than during prior decades.

In a growing but deeply unequal world, the stakes in political debate are often violent. Those who have acquired much in recent years fear, legitimately, that those left behind want to take what they have. Since the poor have “proven” they cannot help themselves, the argument goes, they must want to steal someone else’s earnings. Taxes, health care and even aid for education get coded as thievery by the lazy and unqualified, or those who are doing their bidding.

On the other end of our polarized debates, those who speak, legitimately, for citizens left behind claim that privileged citizens in our society have somehow cheated and stolen from others. There is a populist hatred of well-educated hard working professionals that seeps through the nasty condemnations voiced by the Tea Party’s supporters and the “Occupy Wall Street” movement. Both blame elites for their personal frustrations when, in fact, most of the highly educated and high earning members of our society are also hard-working and simply playing by the rules. Successful professionals in our knowledge industries do not work with their hands, but they are the sources of innovation and productivity that allow even our poorest citizens to live better material lives than their predecessors. Although elites (like most of us reading this column) are beneficiaries of current inequalities, we did not make them, and we often do what we can to help broader parts of our social community. Self-interest and concern for the public good are not necessarily contradictions, and they do not correlate with one’s income-level.

Inequality is encouraging incivility today because of the fear I mentioned earlier. Those at the top fear that their position is not secure, especially as they see how far they can fall. Those near the bottom fear that they do not have an opportunity to climb even part of the way to the top. That is the story of our vituperative politics around health care. It is also the story surrounding European Union finances and political authority in China and Russia. When the world is increasingly divided between “haves” and “have-nots,” each side has more to fight for, at almost all costs.  In these polarized circumstances, democracy becomes a secondary concern, even in the United States – witness the cynical efforts by certain politicians today to discourage poor, young and minority voters from casting their ballots.

The solution to our current global inequality and incivility is not clear. I do not have a simple roadmap to offer. We must, however, begin by diagnosing and discussing the problem. We must study the numerous causes and their many consequences as social scientists, humanists and cosmopolitan citizens. We must push ourselves to contemplate creative policies – in our universities, in our home communities, in our nation and our world – that push against these problems. This should be a calling for our best universities and our best young thinkers.

If we are not studying these issues, we can expect more violence and democratic decline in coming years. Money and moral self-righteousness will mean little if our society does not find the resolve to encourage more civility and more equality. You can visit Boris Nemtsov’s grave in Russia to see the alternative.

Suri is a professor in the Department of History and the LBJ School of Public Affairs. He writes about foreign policy. Follow Suri on Twitter @JeremiSuri.