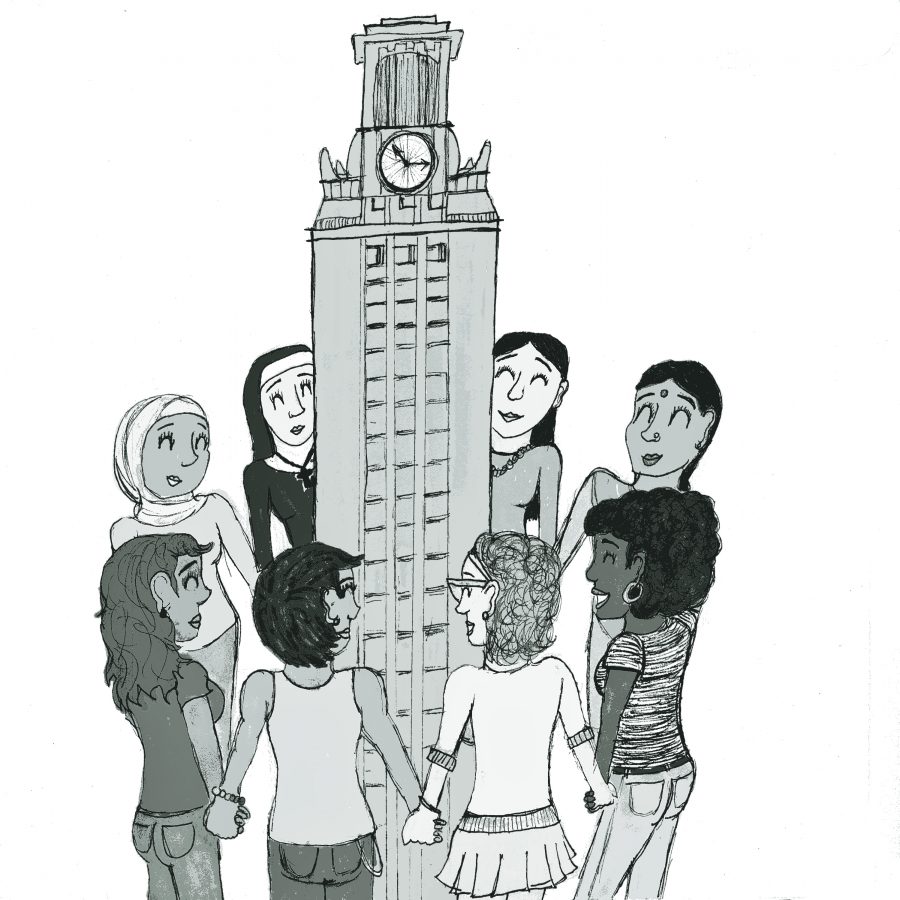 An issue that seems to have been “discussed” and “exhausted” in Austin news and in this very paper is the Phi Gamma Delta (Fiji) Border Patrol- (or Western-) themed party. Thoughts, opinions and hurt feelings have become the central focus of the discourse surrounding this offensive party and the negative University culture that fostered it (and several other incidents), but very little has been said by those who are actually educated on this subject about the real reason why it was wrong.

The truth is that most people’s understanding of oppressive forces is extremely simplistic and limited. Racism is so entrenched in the very fabric of American society that it manifests itself at every level, whether intentionally or not.

The organizers of this party singled out Mexican culture and decided to make a mockery of it. Incidents like this contribute to the constant marginalization of Latino/a people and all people of color. It is why I, a black woman, can sympathize with the students who were hurt the most by Fiji’s actions and decided to protest. The thing that unifies all people of color is a shared history of colonization and oppression brought on by capitalist, white supremacist forces. After spending centuries suffering through this, and having our very existence defined by it, we manage to form safe cultural spaces and build up a sense of pride, only to have aspects of our culture appropriated and denigrated.
A Hispanic friend of mine pointed out to me the importance of highlighting that it’s not just that the partygoers wore outfits that were offensive, but that when they were done having their fun they were able to take the clothes off. They could put on their sombreros and ponchos and pretend to be Mexicans crossing the border, but when they stumbled home drunk that night and removed their party attire, they still have all of the rights and privileges that go along with being white in America.

Guess what? People of color can’t remove their skin. We can’t step out of the physical features that align us with our socially constructed and assigned race. Mexican people are Mexican, all day every day. They deal with the all the structural racism that goes along with that. That’s why we are so upset when marginalized people’s culture gets appropriated — the appropriators never have to deal with the repercussions of actually belonging to that race.

White people don’t deal with racism, point blank. They may face prejudice from other people based on being white, but they absolutely do not have a system of power that supports that prejudice, infringing on their every right, making it hard for them to move or even breathe. People of color have to walk around this campus every day dealing with the stares, knowing that many view us as undeserving, unintelligent outsiders. That thought process still exists, and situations like Fiji’s party, bleach bombings in West Campus, etc. are living proof of that.

We have honored this author’s request for anonymity given the sensitive nature of the subject
matter.