Men’s swimming and diving look to qualify for nationals 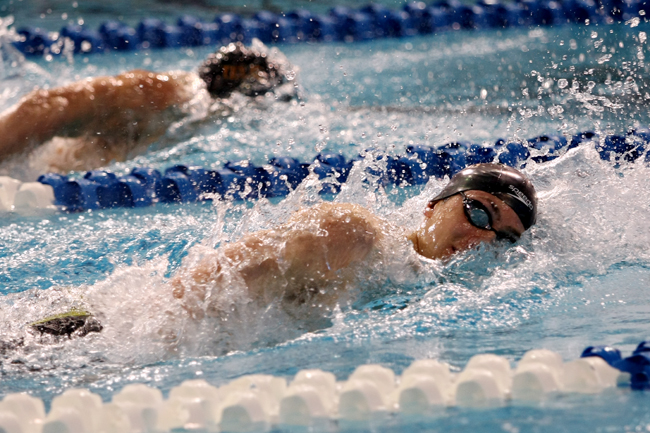 Beginning Thursday night and continuing into Saturday, the American Short Course Championship will give lesser-known Texas men’s swimmers a moment in the spotlight.

Many of Texas’ most accomplished swimmers, such as sophomore Jack Conger and junior Kip Darmody, won’t be making appearances at the meet, but 16 other Longhorns will. The championship, hosted at Lee and Joe Jamail Texas Swimming Center, serves as a last chance to qualify for the upcoming NCAA Championships.

The bulk of the Longhorns will race in the 200-yard freestyle and 200-yard breaststroke events. In the 200-yard freestyle, the six competing Longhorns will have to finish with a time of 1:33.62 or better to qualify for the NCAA “A” standard, which guarantees them a spot in the NCAA Championships. Ritter’s seed time of 1:34.93 is not far off. In the 200-yard breaststroke, junior Liam Lockwood has Texas’ best chance of achieving a qualifying time if he can improve by 2.3 seconds.

Preliminary rounds begin at 9:15 a.m. The top eight men will advance to the finals, which begins at 6 p.m.