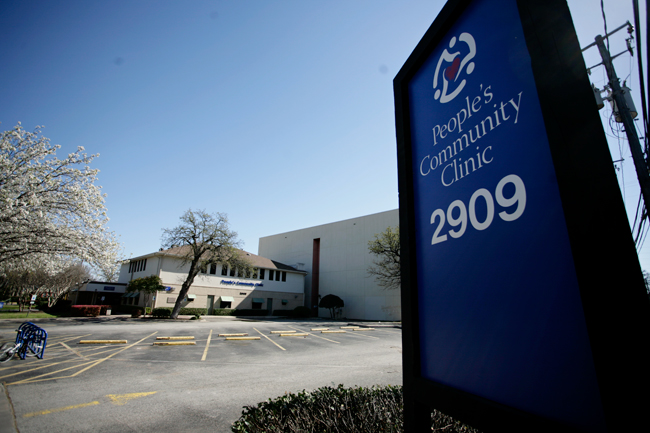 After 45 years, the People’s Community Clinic is expanding its reach and building a second Austin location in hopes of making health care more accessible for its patients.

The Austin City Council voted Thursday to waive building permit fees for the clinic’s second location on Camino La Costa, in northeast Austin, to cover extra expenses. About 15 percent of the clinic’s patients live within two miles of the current location, and the second location will allow more convenient access to health care for patients who live in the northeast Austin area.

City Council member Ora Houston, a co-sponsor of the bill, said she has watched the clinic grow past its ability to serve the current need.

“They do primary health care for children and adults and seniors,” Houston said. “They’ve been over close to my neighborhood for the last, maybe, 10 or 15 years right down the access road, and it’s always packed. They’ve outgrown their space.”

The Council waived $33,803.12 in construction fees for clinic’s new facilities.

“We are raising $16 million to turn this old building into a brand new community asset,” Rogoff said. “When we bought it, it was an old, rundown eyesore of a building. We are converting it into a medical practice that will serve the community.”

Volunteer nurses and doctors started the clinic in 1970. The clinic was originally located in the basement of the Congregational Church on Guadalupe Street, across from the UT campus, according to Rogoff. It moved to its current location in 1990.

“It was started by volunteer doctors and nurses who perceived a need that young people particularly were not getting access to family planning,” Rogoff said. “There was clearly a gap, so they started a volunteer clinic that opened two nights a week. It’s now grown into a full family practice that covers the life cycle of the family.”

Rogoff said the clinic served primarily UT students, many of them women, when they were still located on Guadalupe Street.

“There was a lot of political activity around UT back then,” Rogoff said. “There was a movement around women to regain control of their reproductive health, and that was the ethos that People’s Community Clinic was born into.”

The clinic has since shifted its consumer base, Rogoff said.

“We aren’t really serving the original population,” Rogoff said. “We are serving low-income families. It’s shifted because we have a strong pre-natal program. We had over 900 babies born into the practice, and [then we] bring them in as new patients.”

The clinic has a strong focus on women’s health issues, Rogoff said.

“Not necessarily because we want to exclude men, but because women tend to use health care more, especially when you have prenatal services,” Rogoff said. “And although men would benefit from reproductive services, females go in for family planning more. The numbers tilt toward women, [but] we welcome men.”

City Council member Gregorio Casar sponsored the bill because the clinic will have a location in his district: District 4.

The building should be completed in November, Rogoff said.