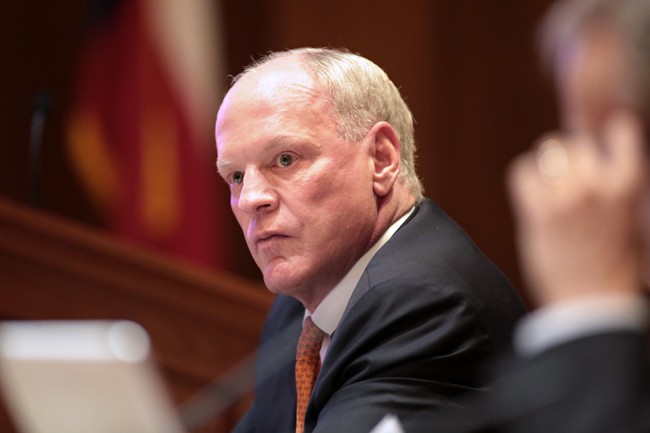 The Senate Committee on Nominations approved three candidates for appointment to the UT System Board of Regents on Thursday.

Sen. Konni Burton (R-Colleyville) voted against Hicks and Beck. In light of investigations into UT admissions and the UT School of Law’s forgivable loan program, Burton said Hicks, a current regent, and Beck, who was president of the UT Law School Foundation from 2002–2006, have contributed to a lack of transparency.

“[Hicks and Beck] have presided over a period of secrecy, privilege and sharp rises in tuition at the University of Texas,” Burton said in a statement. “The University of Texas is in need of a fresh start, with Regents concerned first and foremost with improving the strength of the University, getting tuition under control, and ensuring an admissions process that rewards the brightest students and not those with connections.”

Sen. Troy Fraser (R-Horseshoe Bay), who also sits on the nominations committee, had no objections to any of the candidates, according to Fraser spokesman Will McAdams.

Martinez Tucker is the CEO of the National Math + Science Initiative, a foundation that seeks to improve student performance in science, technology, engineering and math. Beck is a partner at the Beck Redden law firm in Houston.

If approved by the Senate, Martinez Tucker and Beck will replace current regents Robert L. Stillwell and Vice Chairman William Eugene Powell on the board. Hicks’ term will be extended until 2021.