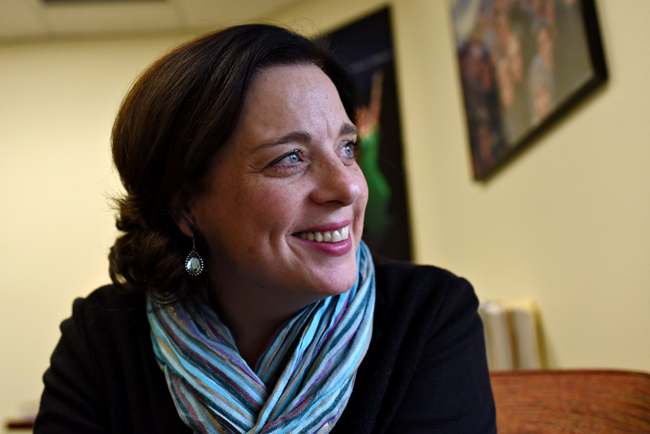 When Austin law enforcement reported its first human trafficking first case in 2003, it called in a response team. Noël Busch-Armendariz, UT associate dean for research, was part of that team.

As director of the University’s Institute on Domestic Violence and Sexual Assault, Busch-Armendariz said that the response to the first case revealed several problems. From finding shelter to legal counsel, few resources were available for survivors of human trafficking.

Busch-Armendariz is the principal investigator of the Texas Slavery Mapping Project — a two-year initiative to gather data from law enforcement and anti-trafficking organizations from documented cases, catalog the services available for survivors and map out where trafficking occurs most in Texas.

The project’s funding comes from The Criminal Justice Division of the Governor’s Office, which recently granted Busch-Armendariz and her
team $500,000.

Busch-Armendariz’s interest in interpersonal violence began when she worked with incarcerated women who had killed their abusers. She said the women brought the statistics to life for her.

Over the years, Busch-Armendariz said she witnessed a shift in the conversation. According to Busch-Armendariz, people have become more willing to talk about important issues, such as domestic violence and trafficking. She said talking about the problem is the first step to finding a solution.

“These are things that affect everyday people,” Busch-Armendariz said. “It’s something we haven’t talked about in so many decades that it’s made us complacent. The more we talk about it, the more informed and compelled we can be to make a change.”

Nicole Levy, director of the Mapping Project, said working with Busch-Armendariz opened her eyes to the scope of human trafficking across Texas. Levy said the project made her realize how crucial their research was in making a difference.

“[Busch-Armendariz] has always told me that research should mean something,” Levy said. “We’re not just sitting in our offices and putting data into a journal. We’re providing data that agencies and people really need to create programs that will hold traffickers accountable and help survivors.”

The most rewarding part of her job, Busch-Armendariz said, is talking to survivors. She said they motivate her to continue taking steps toward bettering the lives of human trafficking victims.

“It’s so gratifying to watch survivors really dig down and make the journey to recovery,” Busch-Armendariz said. “They’ve come out of pretty horrific circumstances, and it’s so inspiring to see them overcome those circumstances and lead healthy lives again.”

“Human trafficking is something that happens in plain sight,” Busch-Armendariz said. “Most people think of it as a problem abroad, but it can happen in your own backyard. People just need to know the wwarning signs.”

Despite her 20 years of working on cases of sexual assault, trafficking and domestic violence, Busch-Armendariz said she doesn’t see work as a career. Instead, she sees it as her life’s calling.

“I had never planned on doing this,” Busch-Armendariz said. “Once I got into it, it became so compelling that I didn’t see it as a paycheck. It’s a way to contribute and alleviate the suffering of other people.”