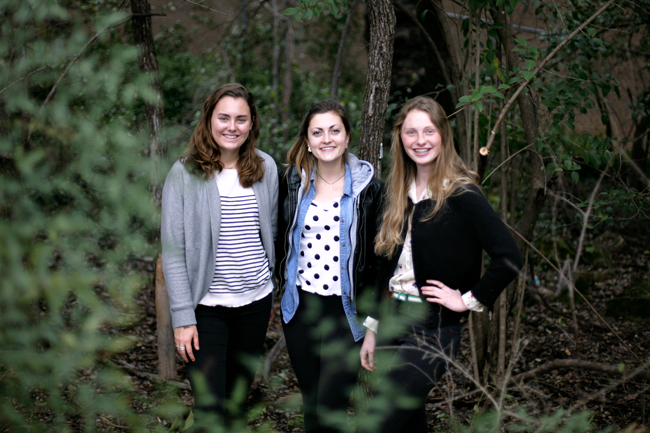 Three UT students have created a buzz on campus with the introduction of the University’s first beekeeping club.

The founders are trying to raise awareness for urban beekeeping, which is the practice of keeping bee colonies in urban areas. Beekeeping, the maintenance of honeybee colonies, includes practices such as collecting honey and other products the hives produce. In addition, beekeeping also pollinates crops and produces bees to sell to other beekeepers.

The club aims to teach UT students, faculty and staff about beekeeping practices as well as offer hands-on beekeeping experience. For the three students, this will be the first time they experience beekeeping.

“The purpose for starting this club is definitely due to the decline in bee populations across the world because of colony collapse disorder,” Uhlhorn said. “For that reason, I think that beekeeping, in general, will become very important in the years to come in order to keep the bee population sustainable.”

“I’ve always been fascinated by the way we use land and plants,” Uhlhorn said. “I remember watching a lot of documentaries about bees and their dying population, and I thought UT should have one of these clubs because we’re in Austin and we’re supposed to be environmentally sustainable.”

The Green Fee, a fund that takes $5 from every UT student’s tuition and awards money to students with environmentally sustainable initiatives, funds the beekeeping club.

Brown and Huckleberry initially applied for the Green Fee and received the fund for their beekeeping initiative. They then heard that Uhlhorn was also trying to start a beekeeping club but was facing obstacles without funding, so the three students joined forces.

Huckleberry said they teamed up with Austin Bees’ master beekeeper Brandon Fehrenkamp, who agreed to give the club workshops, hive demonstrations and hive-installation help.

“[Fehrenkamp] has been really helpful throughout the whole process,” Huckleberry said. “He’s helped us consult on a beehive site on campus, and he’s going to also help us install the hives.”

The group is trying to find an outdoor site to house the club’s hives. As of now, the club is interested in a site on Speedway and 27th Street.

If the group acquires the site, the members will start building hives the week after spring break. The group has already bought a bee suit and a hood so that members have the opportunity to interact with the hives.

“The hives don’t need to be constantly looked over,” Uhlhorn said. “They can thrive on their own, but you can take out the honeycomb and show people the different parts of the hives and how the bees work together and the science behind that. So I think that will be a big part of our hands-on experience.”

The club’s plans for this semester include taking field trips to urban farming locations, learning the fundamentals of beekeeping and creating structure within the organization.

“It’s a beautiful opportunity to learn something new,” Brown said. “We’re excited to make a difference on a larger scale.”

Brown, Huckleberry and Uhlhorn said they hope to eventually build bee hives in locations all over campus.

“To me, this club means being civically responsible,” Uhlhorn said. “I think it’s something the majority of people should learn to do, and I’m passionate about urban beekeeping and the effects it can have on the world.”