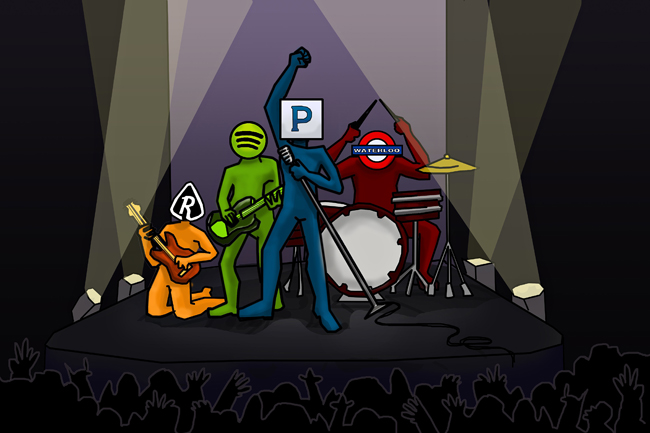 Decide to venture out and check out a new venue? Good call — you might find yourself listening to the next big thing while standing in a crowd full of people you’ve only ever seen in magazines. On the other hand, miss a band your friends are buzzing about, and you’ll be hearing about it for years to come once that same group hits it big a year later.

To maximize your chances of experiencing one of those classic “SXSW moments,” check out some of the festival’s free multiday parties. Here are four events you don’t want to miss.

Spotify’s six-day party, which opens on Sunday, will be the premier experience for music lovers. Last year’s event featured Hozier and Vance Joy. This year’s lineup is equal, if not greater, in magnitude.

Headlining the party on Monday is one of rap’s hottest duos, Run the Jewels. El-P and Killer Mike released Run the Jewels’ second studio album, Run the Jewels 2, in August, and it quickly earned critical acclaim. Featuring booming voices and abrasive production, the songs on RTJ2 feel like they were created with live performances in mind.

Up-and-coming artists are everywhere at SXSW, but Leon Bridges stands out amongst the crowd. Just a summer ago, Bridges worked as a dishwasher. Late last year, he signed with Columbia Records — and now he is working on his debut album. Bridges’ blend of soul, gospel and folk music will leave a lasting impression on attendees. Don’t miss his performance Wednesday.

RSVP on their website, spotifyhouse.com, for a chance to join the party.

Although the night shows require a badge, Pandora’s four-day event, which begins Wednesday, boasts an abundance of free daytime shows.

SZA’s blend of soul and minimalist R&B has made her one of the premier artists in R&B, and her show Thursday will highlight her obvious talent.

Indie rock band Palma Violets, performing March 21, will be another can’t-miss free performance. This London-based band broke out in 2012 with “Best of Friends” and released a solid debut album in 2013. Look out as they perform songs from their upcoming sophomore effort, Danger In The Club.

Having hosted the likes of Nirvana, Sonic Youth and Queens of the Stone Age, Waterloo Records’ reputation alone is justification for swinging by their free four-day event, which begins Wednesday.

Twin Peaks will perform the first day, and their garage rock style makes this set one of the most promising of the event. Arcade Fire’s Will Butler, who just released his debut solo album, Policy, will perform immediately after Twin Peaks’ set.

The highlight of the party will happen March 21, when Waterloo hosts Joey Bada$$. His raw talent and hardcore hip-hop sound make him one of rap’s biggest up-and-comers. Bada$$’s debut album B4.DA.$$ is one of the best of the year, and his live performance is unlikely to disappoint.

No RSVP is required.

Last but not least is Hard Rock’s three-day event starting Thursday, which will feature the likes of BASECAMP and Son Little.

The best performance of the event will be on the March 20, when The Vaccines, recently arrived in America, take the stage. This UK band is known for having the best-selling debut album of 2011. Their exhilarating brand of rock will make for an unforgettable show.

Elliphant’s performance on March 21 promises to surprise. The Swedish singer and rapper may be older than the average up-and-coming pop star, but her work with Skrillex and Dilpo have made her one of the most-talked names in pop.

Get into the day parties by RSVPing at culturecollide.com.