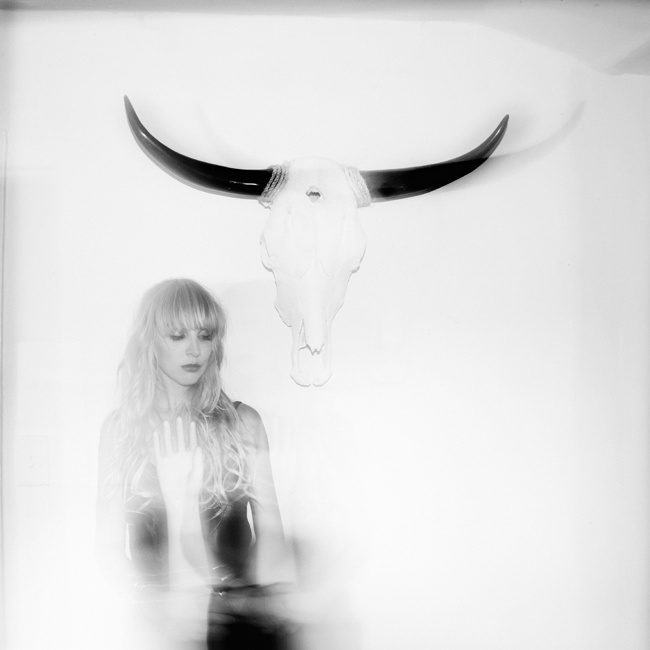 Singer-songwriter Laura Burhenn began her music career by singing and playing keyboard for various bands in Washington, D.C. She started her own record label, Laboratory Records, at age 21 and is now the frontrunner of indie rock group The Mynabirds. The band released its first album, What We Lose in the Fire We Gain in the Flood, in 2010 and its sophomore album, GENERALS, in 2012. Burhenn has also toured with Bright Eyes and The Postal Service.

After The Postal Service’s tour in 2013, Burhenn got in the car with her dog and hit the road again. She spent 2014 traveling across the country, twice, and touring solo in South Africa and Europe. She wrote music during her travels, and the result is a new Mynabirds album set to come out later this year. The Daily Texan spoke with Burhenn about her upcoming projects and South by Southwest performances.

The Daily Texan: The album GENERALS focuses a lot on the idea of revolution. What inspired you to create the album?

Laura Burhenn: I was living in D.C. from ‘97 to 2008, and I was there on election night in 2008, and it just felt like a crazy time to live through in the life of America. I really just started feeling a lot of passion about wanting to make a positive change in the world around me. I started out making kind of a protest record, and I think you hear that in a song like “Generals.”

DT: Do you have any new projects in the works?

LB: I’ve got a new record coming out this fall. I can’t wait for it. It’s a very different record from the last one. I was really inspired by what PJ Harvey once said in an interview — she said she makes every record with a different voice. I think that’s what I do with this record for sure. It’s a lot of love songs. I’m working on some sort of project to go along with the record as well. It’s going to be something like a small, stripped-down sort of experiential tour, where it’s getting away from just playing in clubs and instead going around to people’s living rooms and having those real human interactions.

DT: What would you say was the most memorable part about your experience traveling and writing by yourself this past year?

LB: I was really guided by this quote from William Faulkner. He said something like — and I feel like I’m going to ruin this — but he said something like, “You cannot swim towards new horizons until you have courage to lose sight of the shore.” To me, I knew it was time to move into whatever the next phase of life was. It’s almost like you have to completely lose your faith in order to find it again.

DT: What do you want to motivate people to do through your music?

LB: The simple answer would be — and it might sound so cheesy — but I feel like when I wrote GENERALS, and I got to the end, I said the final answer is love. I was like, “Shit, I can’t say that. That’s so dumb.” But it’s true. I think if I could inspire anyone to do anything, it’s just to love more.

LB: The last record I wrote a lot in the shower and while walking around and taking my dog hiking. I would say this record was kind of the same. I would get in the car and actually turn the stereo off, and it was like listening to whatever songs the road was metaphorically playing for me. I do a lot of writing away from the keyboard and any sort of influence like that.

DT: How many times have you been to SXSW?

Editor’s note: Some answers were edited for length and clarity.