Senate of College Councils elects members for 2015-2016 executive board 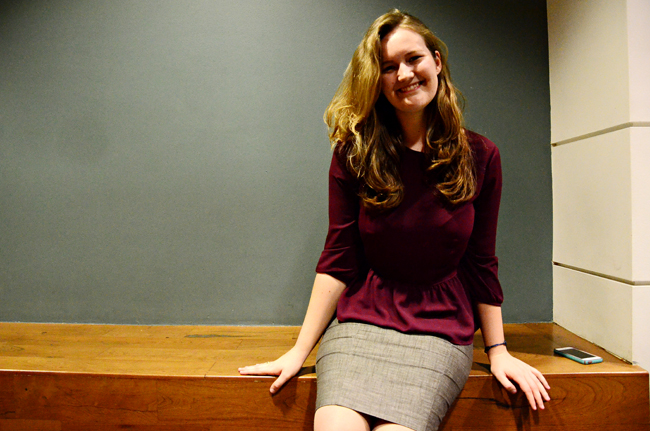 Following a few weeks of campaigning within the Senate of College Councils, the Senate appointed members to the 2015–2016 executive board Thursday night.

Osterloh, a government junior who is currently president of the Liberal Arts Council, was elected president with 10 votes out of a total 14 votes cast. Three voting members abstained.

Osterloh said she hopes to reach out to students across the University during her time as president.

“I want to ensure that all students have the opportunity to be heard by Senate and know that they have advocates that will fight for them and their interests,” Osterloh said.

Abel, an English senior and this year’s administrative director, said she hopes to make a real impact on campus as vice president.

“Let’s cut the bullshit; let’s get to work,” Abel said. “I truly believe that this year we can do some real good for this campus.”

Abel said one of her platform points is making undergraduate research a more viable possibility for students. She also said she wants to form more connections between the other legislative student organizations, SG and Graduate Student Assembly.

“In the past couple of years, the LSOs haven’t done a lot together,” Abel said. “I’d really like to sit down … and see how all of our interests intersect and see how we can further our goals.”

“She shows a lot of potential,” Molina said in the meeting. “She shows she can do the work and put in the work. Whether or not she’s actually qualified, that’s up to [the voters] to decide. But at the end of the day, if she’s not qualified now, by the end of the summer, she has three months to grasp [her] position … She shows all the signs of being a good financial director.”