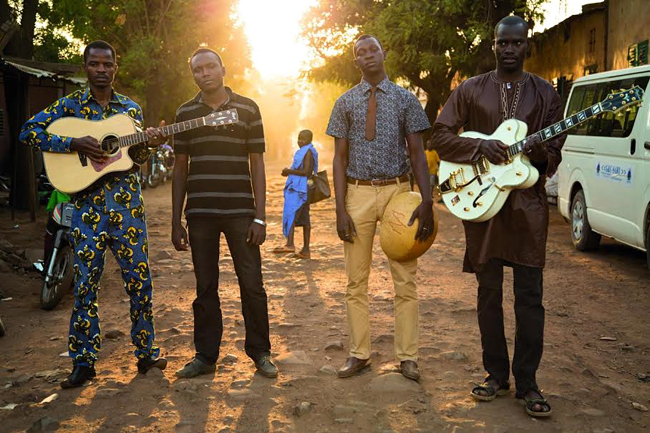 Documentaries probably aren’t the top priority for music badge holders out there, but with films that cover everything from Kurt Cobain to banned music in Mali, you might want to give them some of your attention. The 24 Beats Per Second Program features 20 films all music badge holders can access. The program will premiere the first day of the festival. If you want a break from standing in concert crowds, take a seat in a theater.  Here are four documentaries you’ll likely want to check out.

All Things Must Pass: The Rise and Fall of Tower Records

Russ Solomon originally operated his record shop, Tower Records, in the back of his father’s drugstore. Solomon would eventually expand Tower Records across five continents, establishing the store as a cultural powerhouse. In 1999, the company grossed $1 billion. But just five years later, Solomon filed for bankruptcy.

“All Things Must Pass” is more than just a story about Solomon’s rise and fall — it’s a commentary on the ever-changing nature of the music industry.

They Will Have to Kill Us First

When jihadists took control of northern Mali in 2012, they banned most forms of music, leaving musicians to choose between their art careers and their personal safety. In one night, the musicians of Mali became outlaws. The documentary captures Mali’s musicians’ resilience and determination to continue making music, even in secret and behind closed doors.

Follow Malian band Songhoy Blues as they fight to express themselves at risk of their own lives.

Eight years ago, director Brett Morgan set out to “reintroduce” Kurt Cobain to the world. After combing through home movies, drawings, recordings and journals, Morgan assembled his documentary, “Montage of Heck.” Morgan doesn’t shy away from Cobain’s personal battles with depression and addiction, but he also takes care to include funny and touching moments of Cobain’s life, leaving the audience with a complete and honest portrayal of the iconic musician.

The film features never-before-heard audio diary recordings, read by Cobain’s family and friends. These hidden artifacts of Cobain’s life will shatter some of the many myths that still revolve around the troubled Nirvana frontman.

From discovering The Ramones to becoming Jim Morrison’s sworn enemy, Danny Fields has had a whirlwind of a life. For decades, Fields worked as a journalist and then music industry executive, eventually earning himself the title “godfather of punk.” In the documentary “Danny Says,” the behind-the-scenes player finally goes under the spotlight himself.

Audiences will follow Fields’ transition from Harvard to Datebook Magazine, where he made John Lennon’s “bigger than Jesus” comment famous. After Datebook, Fields went on to discover The Ramones, The Velvet Underground and Iggy Pop, making this film a must-see for punk rock aficionados.