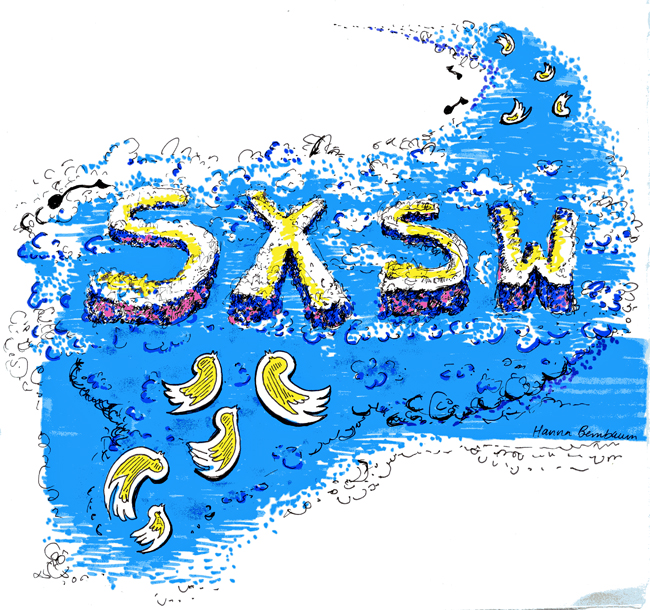 There’s no need to constantly open up Google and  search “SXSW 2015 set list.” With Twitter readily available on your smartphone, you have no need to feel dazed and confused about who’s performing when you arrive at the music festival scene. Here are 10 must-follow Twitter accounts for any South By Southwest attendee.

If you’re not already following The Daily Texan on Twitter, shame on you. If you still haven’t followed our account after reading this, shame on me.

With more than 37,000 followers, @thedailytexan is home base for campus news and entertainment. Campus dies down during spring break, but this account never sleeps. Expect constant SXSW updates and fresh news content streaming down your newsfeed all week.

The most obvious choice is the official Twitter of SXSW. Follow @sxsw for news about conferences and behind the scenes action. If you don’t feel like following the Twitter account, #SXSW will give you all the most recent details about parties and juicy rumors.

The IFC Fairgrounds is not just the prime locale for entertainment, it also has a Twitter page with more than 7,000 followers. The reason behind its Twitter fan base? Exclusive details on interviews, music showcases and giveaways.

Don’t have a music wristband or an all-access platinum badge? Unofficialsxsw is the source for free events and late-night secret shows. If you’re hyper-conscious of your follower-following ratio, you can get all of unnoficialsxsw’s updates by searching #SXSW.

It’s apparent that the iconic country-folk singer isn’t handling his own account, but the tweets are still hilarious. Not a #ManCrushMonday goes by without a photo post of a squinty-eyed, jovial-looking Nelson. Nelson, Austin’s leading legalization advocate, will host his fourth annual Heartbreaker Banquet. Look forward to the occasional allusion to drugs and the promotion of Willie merch.

Looking for a more personal touch? Cameron, a Dallas resident bitten by the SXSW bug, is a great resource for all the parties hidden beneath the smoky atmosphere. His updates include great “how-to” tips, daily reminders and local businesses’ offers.

Who better to learn all things SXSW than from an Austinite? Stetson is a SXSW savant/freak. He will fill your Twitter timeline with the “who’s who” of SXSW and help you survive the hordes of music lovers.

Forgot your trail mix at home? Food trailers Austin will guide you through Austin’s food-truck scene and help you find the nearest barbecue-sauce smothered brisket and seasoned corn on the cob. Cheap food, short lines and big serving sizes — three things we can all agree are classic SXSW comforts.

Brooklyn Vegan has the SXSW hook-up, including prizes, hotel rooms and parties. Seriously. The account’s team concentrates on all the perks this musical holiday has to offer.

Do512 is the powerhouse of SXSW knowledge. Updating about every 20 minutes, the account always delivers. Heard that Hozier is making a surprise appearance? This Twitter distinguishes SXSW truths from rumors. Let Do512 lead you in the right direction so that you can stay involved.