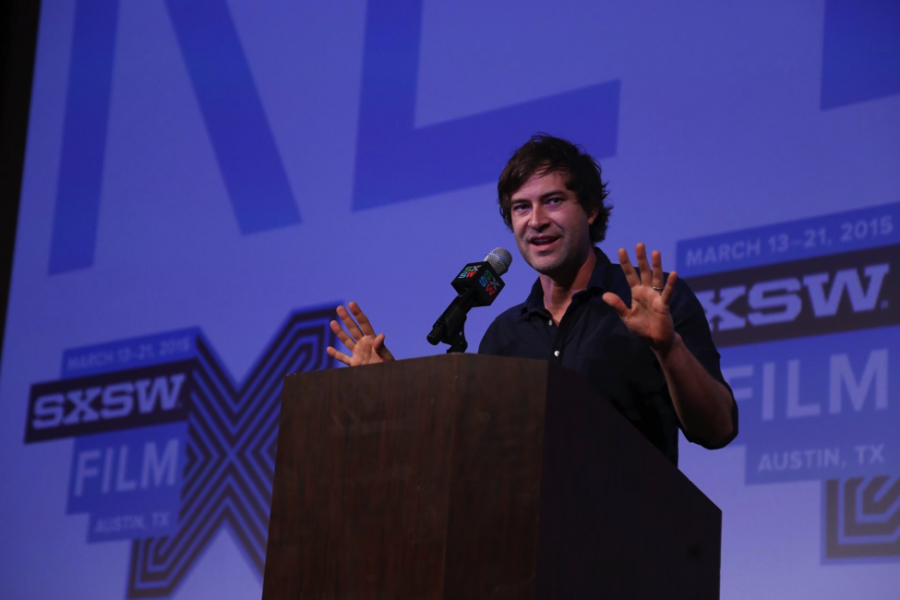 Sunday’s first keynote address came from the multi-talented filmmaker Mark Duplass. The address lasted 30 minutes and covered topics ranging from the current state of independent filmmaking to filmmaking advice, but his message was simple: “The Calvary will not come.”

Duplass used the hypothetical career trajectory of an imaginary independent filmmaker, “Randy,” to illustrate the difficulties associated with breaking into the film industry. Duplass said most of the work will be done on the filmmaker's end, and, even after mild success, offers will not be great. He stressed that the only solutions was to make films yourself.

Interspersed throughout the Randy narrative, Duplass gave pieces of advice targeted at the aspiring filmmakers. He stressed the importance of finding a group of friends-turned-production team — but a small crew is still preferable.

He warned that your first piece would be a “steaming pile of dog diarrhea,” but he said aspiring filmmakers should stick with their vision.

“Your first film will suck but a gold nugget will appear,” Duplass said. “Flaws are okay because your stories are unique.”

1.     Set up free screenings for famous actors to attend. One will like your movie and ask to work with you.

3.     Don’t major in film. Minor in film and major in Spanish or Mandarin.

4.     When you start to make money, give that money to your friends so they can make their films.

6.     Apply to screen your films at A-list film festivals. If it doesn’t get in, go anyways. Connections are invaluable.

7.     If you are an actor, make movies yourself. This will give you street cred and producers and directors will want to work with you.

8.     Work and make movies in small towns. The rent is cheap and connections will come easier.