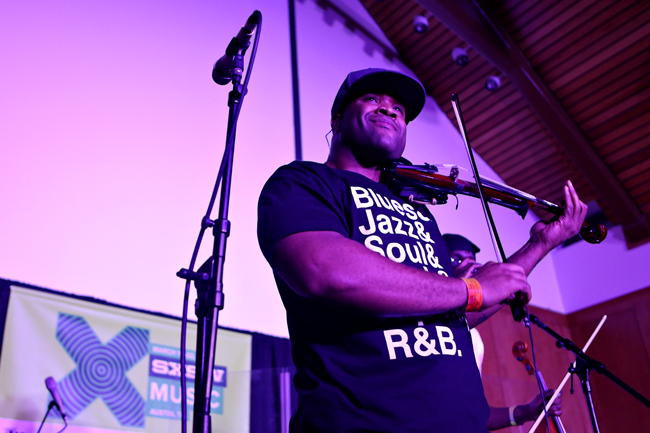 More than halfway through the week, we're still live-blogging South By Southwest — the good, the bad and the very, very loud. Follow Daily Texan reporters, photographers and editors as we post the highlights of our work here. For minute-to-minute coverage of the best and the worst that SXSW has to offer, follow us on Twitter at @thedailytexan. Want a recap of Wednesday at SXSW? Check out our coverage on yesterday's blog.

Update (11:50 p.m.): Day seven of South By Southwest is rapping up. Friday's forecast looks dim, with a flash flood warning going into effect in the afternoon. After so much music, film and talks, even the most enthusiastic festival-goer is probably looking for a respite. If you want to spend your rainy Friday away from the crowds and hustle of SXSW, check out our list of out-of-town getaways.

Update (8:00 p.m.): It's easy to get lost in the mayhem of South By Southwest. Even though the festival is more than halfway finished, there is always more than meets the eye. We compiled a list of Twitter accounts that can keep you informed on all the happenings around Austin and SXSW. To read the list, click here.

Update (4:35 p.m.): “Lamb” paints a haunting tale about two people who simply don’t know what their relatioship is or means.  The film rattles conceptions of childlike innocence and tells a divisive tale that is either oddly charming or donwright unsettling. Read the full review here.

Update (2:40 p.m.): Good afternoon everyone! May all your Thursday jam sessions be rockin'.

On our schedule for today:

Jimmy Kimmel Live — Kimmel's been back at South By Southwest all week, and this is our chance to attend his taping. Today, the cast of The Walking Dead joins him.
Where: Long Center for the Performing Arts
When: 7:00 p.m. – 7:40 p.m.

Update (2:30 p.m.): South By Southwest can be hard to do if your underage. A large number of music venues are 21+ and make no exceptions. Below is a list of all ages and 18+ venues to take advantage of over the next three days.

This doesn't mean they will be any less crowded so expect hour long waits for general admission. Badge holders can pick up express passes for certain venues on the fourth flour of the convention center. A limited number of express passes are given out each day.

Update (1:40 p.m.): South By Southwest Film is a force to be reckoned with. It's more than a week of premieres, exclusive screenings, comedy, horror and everything in between. The Texan's veteran movie reviewer Alex Pelham has committed to gluing his eyes to the big screens across Austin, taking in as much as he can, so that you don't have to . Armed with our reviews, you can be a little more selective when you head to the theaters. Click here for a comprehensive list of his reviews.

Update (12:30 p.m.): The Zombies, the psychodelic Brit-rock band that helped lead the "Brittish Invasion," are performing at Stubbs tonight at 7 p.m. Check out our interview with lead singer Chris Blunstone to read about his thoughts on their career and their upcoming performance as South By Southwest. Click here for the Q&A.

Get ready for another overcast day. Skies will be cloudy, and the temperature will linger in the high 60s and low 70s. The humidity will be high throughout the day, and there's a chance of rain in the afternoon. A flash flood watch is in effect from 4 p.m. to 7 p.m. Click here for a more detailed look at the weather.

Update (9:05 a.m.):  As you get ready for another day at South By Southwest, check out our slideshow for a recap of some of the highlights from Tuesday and Wednesday. 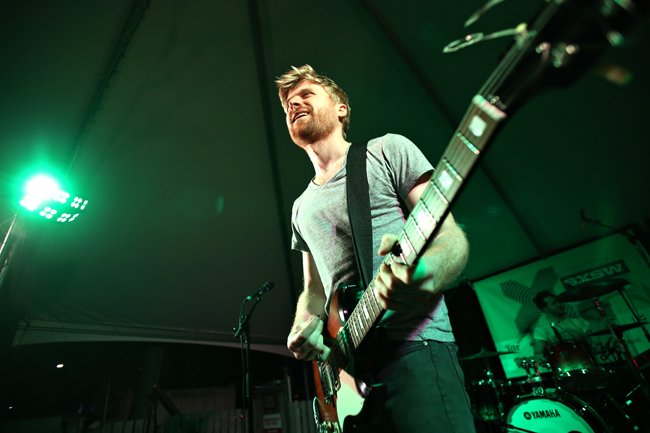