Amy Schumer on sex, confidence and her new movie, “Trainwreck” 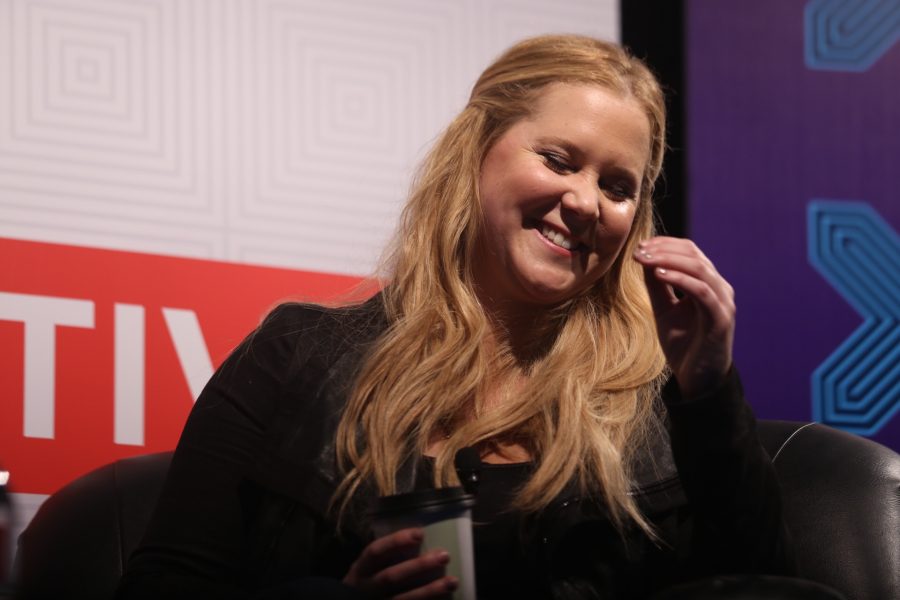 Judd Aptow’s latest muse, Amy Schumer, is anything but a train wreck. After hearing Schumer talk on The Howard Stern Show, Aptow contacted Schumer about directing a script for her. Monday, the stand up comedian was in town for the premiere of “Trainwreck,” the film she wrote. Schumer also stars in as the lead role — a woman also named “Amy.”

When the comedian isn’t working on her budding film career, Schumer is writing, directing and starring in her Comedy Central sketch show “Inside Amy Schumer.” Schumer is on the road till mid-April and will host the MTV Movie Awards on April 12. “Trainwreck”  premieres nationwide July 17.

She took an hour out of her South By Southwest schedule today for the intimate event, “A Conversation with Amy Schumer.” Here is what she had to say about stand up, feminism and “Trainwreck.”

On her movie premiere:

“This moment feels the most surreal out of anything.”

“I love to lie, specifically in interviews.”

On growing up confident:

“I felt confident and didn’t know to question myself. Just because my parents are good liars.”

On the playing her sketch characters:

On her stand up special “Mostly Sex Stuff”:

“I’ve accumulated these stories over a lifetime but in one set, it sounds like I like to walk with my legs over my head.”

“Sex sells for sure, but I do think it’s a double standard. My male friends talk about it as much as me.”

“I am very hopeful. I just have a more realistic stance on [romance.]”

On “Inside Amy Schumer” guest stars:

“I think they’re confused. No, I think a lot of better performers just want to play. We want everyone to come back, too.”

“You know how every city has that group of kids that’s really tan and homeless looking wearing tattered clothes? They always have like a large, menacing dog. That’s like all of Austin.”

On what she wants people leaving “Trainwreck” to feel: