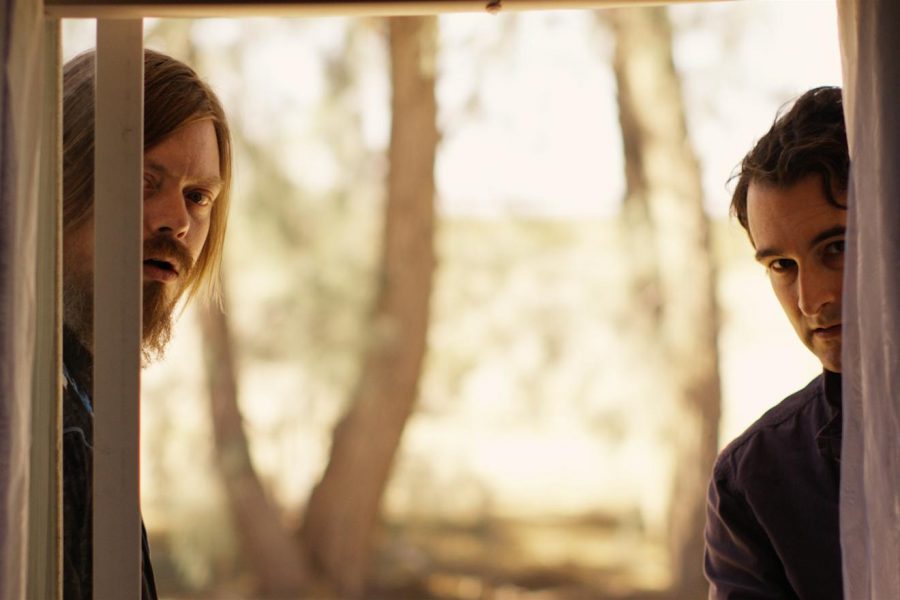 Who knew someone as depraved and vicious as Charles Manson could factor heavily into the lives of two estranged brothers? “Manson Family Vacation” uses the story of the infamous criminal as a backdrop for a surprisingly poignant tale of forgiveness and reconciliation. Director J. Davis incorporates a critique of the idolization of horrific people, but focuses more on the characters than on Manson himself.

As the movie begins, hitchhiker Conrad (Linas Phillips) journeys to L.A. to visit his successful brother Nick (Jay Duplass). Upon arriving, it becomes apparent that Conrad’s true purpose for the trip is more bizarre: He wants to visit the infamous crime scene where Charles Manson’s followers killed their victims. Nick reluctantly comes along, and is disturbed by Conrad’s fascination with the criminal. After the two encounter Manson’s league of modern day followers, Conrad has an opportunity to grow even closer to his idol. Now, Conrad has to decide between staying with the eccentric group or repairing the strained relationship between him and his brother.

The premise could easily describe a dark drama, and Conrad could have easily been conceived as a budding psychopath in the same vein as Manson. Instead, Davis skims over the horrid nature of the character’s obsession. Manson doesn’t even show up in the movie beyond a few moments where he appears in archival videos. This choice elevates Manson to a powerful status — his obscurity makes him near-legendary.

Conrad is characterized as an optimist who connects with Manson because they both had troubled home lives. He isn’t a maniac who wants to hurt people. He just sees "Charlie" as a guy who comes from a similar background. When it comes to the murders, Conrad ignores the terrible ramifications of Manson's crimes with an almost child-like innocence.

Phillips is great as the oddball Conrad, lending charm to his fan-boy like reverence of the Manson Family. Though he undoubtedly is an unorthodox person with strange, downright creepy hobbies, Phillips give him a sympathetic edge. The film is part buddy-comedy, so Duplass plays Nick as the straight, “normal” guy in the pairing. He gives a good performance as a man who feels guilty about sidelining his brother while growing up. Still, Phillip’s character vastly overshadows him with his irreverent, goofy behavior.

There are some interesting aspects of “Manson Family Vacation” that don’t get the deep focus that they should. The clan that Manson inspires even as he sits behind bars is really funny and entertaining. Like Conrad, they too see the man for his utopic worldview, overlooking the violence committed by the original Family members. The issue is that the group's origins aren’t fleshed out. How exactly did they band together as followers as Charlie? Though the big joke of the film is that these people focus on the man’s “goodness” rather than his violent nature, the issue of why they choose to ignore his horrific crimes is never really resolved.

“Manson Family Vacation” presents a great “what-if” story using complex characters and decent, dark humor. It focuses on the brothers’ strained relationship and their journey to see if anything can be salvaged from it. The fact that Manson’s role in ending so many lives isn’t touched on in a significant way is a bit off-putting, but the film cleverly parodies the hippie culture in which the Manson Family arose in the first place. Though it would be nice to delve more into people's obsession with Manson, the film is a clever, funny look at the journey of two very different siblings.