SXSW Review: ‘The Boy’ is an uninspired, tedious journey of a child sociopath 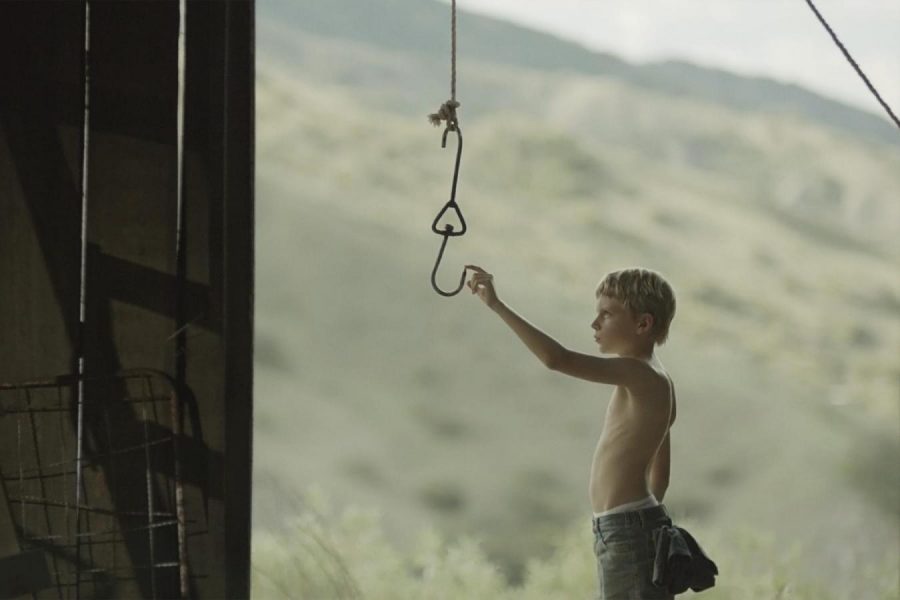 Director Craig Macneill tries his hardest to make the disturbing transition the titular character in “The Boy” undergoes very subtle. The trouble is, that transition is too subtle. The child, Ted, is supposed to be warping into a murderous sociopath, but the clues pointing to his horrific destiny are too spaced out and too insignificant. Instead of coming off as a budding monster, Ted seems to be a sympathetic, socially inept kid. Although the acting is remarkable, “The Boy” dives into a dull tale of a boy who experiences an unconvincing transformation into a vicious creature.

In 1989, young Ted (Jared Breeze) is a lonely kid whose dad (David Morse) operates a run-down motel in a mountainous wasteland. Ted is neglected by his despondent father and dreams of traveling to Florida to be with his mom. The kid’s obsession with dead animals and an inner hatred of being trapped in the motel seem to stoke an inner rage. His fascination with death strengthens when he meets the mysterious William (Rainn Wilson), a drifter who just cremated his deceased wife. Ted’s burning desire to leave the motel and morbid outlook on life begin to lead him down a dark path.

The film takes a tedious amount of time chronicling Ted’s dangerous transition, but it picks strange moments to highlight as "examples" of his sociopathic tendency. Sure, he collects roadkill off the highway for his father in exchange for quarters, but this comes off as disgusting than than disturbing. The first instance when Ted shows a capability for hurting other people, which is when he nearly drowns another kid while they play in the hotel pool, comes late in the second act. It, too, could be written off as something a hyper, unsupervised boy would do. There are simply no definite acts that indicate that Ted is dangerous early in the film.

It’s odd that the director chooses these ineffective moments to illustrate Ted’s murderous desires while ignoring other would-be examples in the film that are as neatly set up as bowling pins. Early in the movie, Ted is shown to have a pet rabbit. Usually, seeing a cute animal in the first act of a horror film is a clear sign that said animal will not make it out alive by the end. But here, the rabbit disappears completely from the plot, presumably unscathed. This exemplifies a missed opportunity to show Ted’s savagery in his journey to becoming a complete monster. When Ted finally jumps into his final metamorphosis into a psychopath at the film’s impressive climax, it feels unearned because of the character’s lack of development.

Although the story is weak, the actors give great performances, and they all channel significant dissatisfaction with their lives. Breeze excellently portrays Ted's frustration and emotional instability. It’s easy to sympathize with his plight, which makes it all the more harder to see him as a cold-blooded killer. Wilson is also fascinating as the drifter who befriends Ted, although a few plot threads that involve him are left dangling by the end of the film.

“The Boy” is a misguided take on a kid’s descent into madness. Macneill tries to ignore certain stereotypes associated with child sociopaths, such as desires to inflict pain on smaller creatures, and replaces them with examples that don’t make much sense. A lack of engaging incidents involving Ted make the film tedious. While it boasts strong actors and gorgeous cinematography, “The Boy” feels like a movie so desperate to be different that it fails to focus on the believability of the world and its characters.