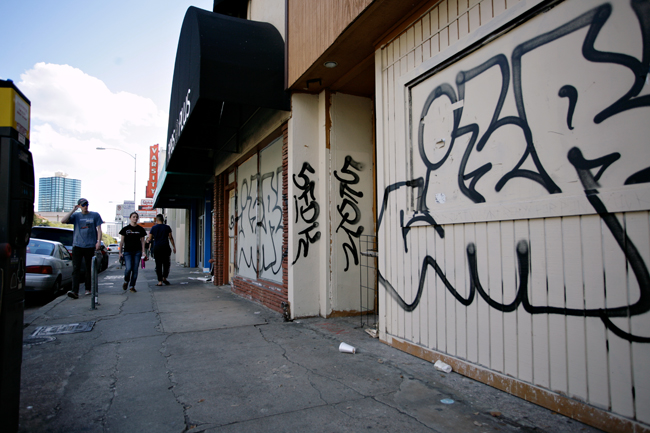 The Guadalupe Corridor Transportation Project is a long-term project focused on making necessary and desired improvements to Guadalupe Street.

The Austin Transportation Department, which oversees the project, received 783 responses on an online survey it published earlier this month. The survey included questions such as how often individuals used public transportation on Guadalupe Street and whether sidewalks needed improvements.

UT students made up 29 percent of respondents, and that signifies an uptick in student involvement, according to Robert Svoboda, co-director of the SG City Relations agency.

Svoboda, an urban studies and advertising senior, said the agency has been involved with the transportation project since last fall.

“There was a town hall in the fall, and it was open to the public,” Svoboda said. “We tried to make students aware of it once we found out about it. People from the task force [attended], and a lot of architecture students attended. The turnout was not great for students, so we knew we needed to ramp it up.”

Svoboda is part of a task force comprised of SG and Campus Environmental Center representatives, as well as some students from the architecture school.

“We’re focused on improving the Drag itself from an aesthetic standpoint in terms of design and how it looks, including the sidewalks, because, from a student’s standpoint, that’s what’s used the most,” Svoboda said. “We tried to involve ourselves in the process as much as we could. We really just been trying to make sure students had input on the Guadalupe corridor.”

“Right now, we’re brand new,” Brackmann said. “We just had a couple preliminary meetings to figure out what we wanted to do to make sure student voices in the past were heard and they didn’t come to naught.”

Brackmann said My Guadalupe is trying to make sure past student efforts to bring improvements to Guadalupe Street would be heard during this corridor study.

“Creating an official group and Facebook page and gaining traction among students would help put pressure on the individuals implementing the plan,” Brackmann said. “We’re trying to get an open house with the firm that’s going to be drawing up construction plans for Guadalupe.”

Project manager Alan Hughes said the Austin Transportation Department expects to improve the mobility and safety of the public with the Guadalupe Corridor Transportation Project.

“Improving mobility for all users is the desired outcome,” Hughes said. “What that will look like exactly is what the corridor study will determine. There are representatives from various departments included in the process.”

Hughes said short-term ideas could be implemented right away if there is room in the budget.

“Longer term reconstruction projects may require bond funding [and] would be implemented at a later date once funding is secured,” Hughes said.