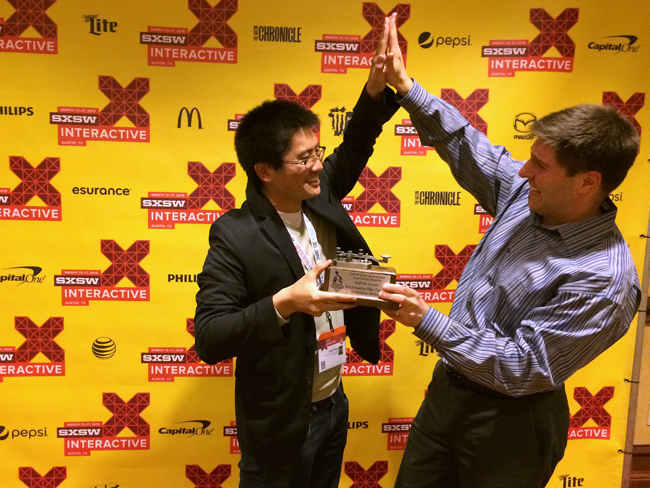 Members of the Cockrell School of Engineering and Seton Hospital received the South By Southwest Interactive Innovation SciFi No Longer award Tuesday for their research about the detection of skin cancer.

Biomedical engineering associate professor James Tunnell and Seton Hospital physician Jason Reichenberg worked with a team for seven years to create an optical probe device that detects melanoma and other skin cancer legions faster and more cheaply than current methods are able to do.

Reichenberg said currently, the most common way to detect skin cancer is via a biopsy, which is when a small piece of tissue is removed to be tested. That process has minimal pain and limited side effects, but its cost discourages some people from having irregular areas on the skin examined, he said.

“Most often the pain is from the [anesthetic] injection before, soreness afterward and the scar that forms,” Reichenberg said. “The [process] is usually about $150 for the procedure and $150 for the lab fee.”

“Our system incorporates three different optical spectroscopy techniques into a single handheld, probe-based device,” Moy said. “Each technique individually has been used in other research projects by other groups, [but with our device], all three techniques are in one system, and the data for each technique can be acquired simultaneously with a single computer.”

Reichenberg said the probe works by using small light waves to take an optic image of the skin. Once the computer captures the graphs and patterns, they look to determine which outputs are cancerous and which are normal.

“All current techniques for humans or computers to look at the moles are only focusing on the appearance of the spot,” Reichenberg said. “This device is looking ‘inside’ of the spot to see what the biology of the spot is [and] how it is growing.”

In the future, the information that is now available through the probe will be more useful to clinics than the information provided by current methods, Reichenberg said.

“This probe, which is able to combine all three spectral modalities, is the next critical step to translating spectroscopic technology to the clinic,” Tunnell said in a statement.