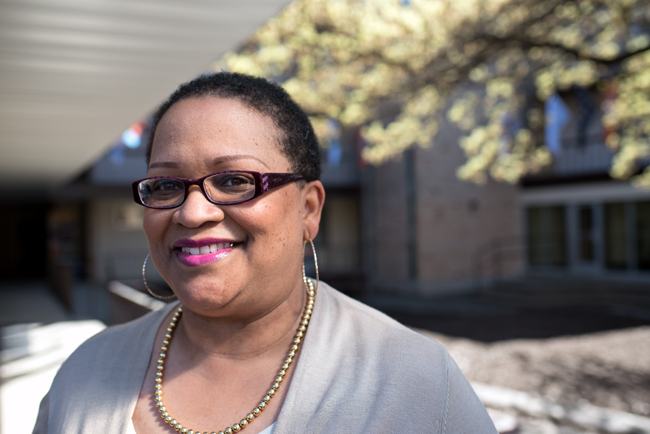 Joanna Pope has only one son, but, to everyone who works in the Student Activities offices, she’s “Mama Pope.”

Pope, an administrative associate of UT Student Activities, spends her day answering emails and phone calls to ensure that the staff is able to help student organizations. To Pope, her job description is making sure “everyone is taken care of.”

Besides her day-to-day clerical tasks, Pope unofficially serves as a listening ear. When the students she encounters in her office feel homesick, she’s there to hear about their troubles. When colleagues have problems outside of work, she acts as a sounding board.

The roles reversed in 2010, when a routine doctor’s appointment turned her life upside down with two words — breast cancer. A doctor discovered three cancerous tumors in her breast.

Rounds of chemotherapy, weeks of radiation and a surgery filled the following year. She had to use all of her vacation time and sick days. To avoid missing work, she would use her lunch breaks to get radiation treatment.

“You feel like huge weights are on your body, but I had to keep pushing,” Pope said.

During that time, Pope received support from friends, family and colleagues. After she reached her five-year anniversary of being cancer-free earlier this year, the staff, decked in pink, gathered for a photo, which currently hangs in her office.

Pope now uses her experience with breast cancer to spread awareness. After speaking with the director of Susan G. Komen, a nonprofit breast cancer organization, Pope co-founded a program called Women in Strides in 2012.

“You have to find some good,” Pope said. “Even though it was a devastating visit to the doctor, I was able to share my experiences with other people.”