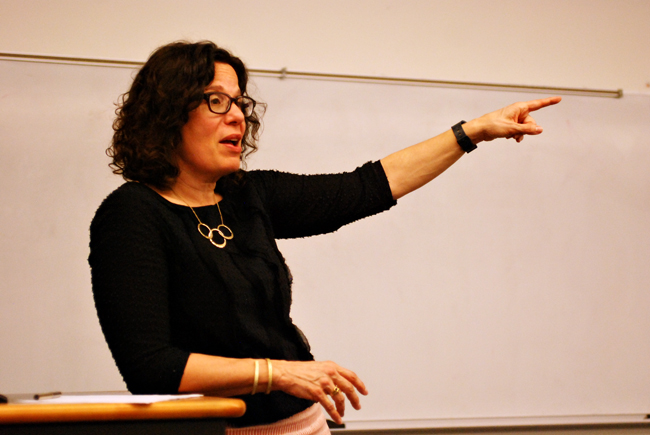 President Barack Obama’s January removal of the Cuban embargo is an important step toward restoring diplomatic relations between Cuba and the U.S., according to a senior research fellow at the Lyndon B. Johnson School of Public Affairs.

After nearly a half-century of deadlock between Cuba and the U.S., Julia Sweig, a Latin American foreign policy scholar, said reforming relations with Cuba will help maintain relations with other Latin American countries. Sweig spoke at the LBJ School on Tuesday about the effects of the embargo’s removal.

The agreement includes returning imprisoned foreign spies to their home country and putting embassies and ambassadors in place as soon as possible, Sweig said.

On Dec. 17 last year, Obama and Cuban President Raul Castro simultaneously announced they had been meeting for the past six months to delegate parameters for a big diplomatic move, according to Sweig.

Now that pathways into Cuba are more open, Sweig said Obama’s administration hopes the private sector will return to Cuba and increase pressure on the White House and Congress for policy reform.

“The presidents issued some regulations a couple weeks ago that make the sanctions regime toward Cuba very much like Swiss cheese — that take his executive authority and say, basically, to the American private sector, ‘Go down to Cuba and explore and see what you can do. Come back and tell us what more you need in order to be able to trade, invest,’” Sweig said.

Human biology junior Francisco Dominguez said the potential to make investments in Cuba gives him hope for the country’s future economic development — even if the legislation isn’t there yet.

After Ted Cruz announced his presidential candidacy, Dominguez said the likelihood of a conservative president not following through with Obama’s efforts is worrisome.

“More than likely, according to polls, I think it’s going to be a republican president [in 2016], so I was really worried about … all of the work that’s been done — like six or seven years in the making,” Dominguez said. “Is it going to be dismantled?”

Public affairs graduate student Dylan Roberts said he found it surprising that the environment in Cuba is now so permissive for business.

“In the past in Cuba, what they don’t use they’d end up selling and using as their own profits sort of on the black market, so it’s nice to see now that there’s above ground activity to help people start businesses where it really just used to be black market sales,” Roberts said.