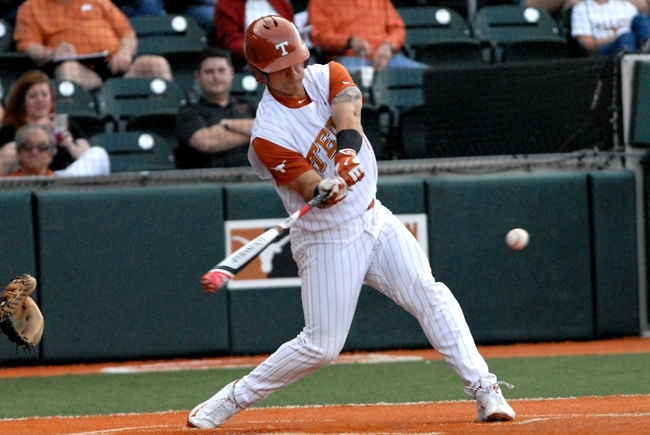 For six years, the rivalry between Texas and Nebraska on the diamond was fierce.

From 2001 to 2007, the Big 12 baseball regular season title either went to Austin or Lincoln, Nebraska. The two schools combined to win eight conference tournament titles in that stretch.

But when the last round of conference realignment commenced a few years ago, the rivalry faded. Nebraska moved to the Big Ten after the 2011 season, and Texas failed to make the NCAA Tournament in 2012 and 2013.

As both teams climb back into the national picture — Texas made the College World Series last year and Nebraska has become a force in the Big Ten — they’ll renew the rivalry with a three-game series in Lincoln this weekend.

“I’m excited [for the rivalry] on a personal level,” Texas head coach Augie Garrido said. “It’s going to be an interesting matchup and an interesting weekend.”

Texas currently holds a slight 31–28 advantage in the series, but they haven’t always held the lead. Nebraska won four of the six meetings before the two schools joined the Big 12 and then won six series between the two from 1997 to 2006.

The Longhorns, however, have the upper hand in the latter parts of in-conference rivalry, winning four of the last five series.

Nebraska has fallen on harder times since leaving the Big 12 after the 2011 season. The Cornhuskers failed to reach the NCAA Tournament in 2012 and 2013 and lost in the Stillwater Regional in last year’s tournament.

This year, Nebraska looks to be getting back on pace. The Cornhuskers have won 11 of their last 12 games, including a series split with Cal State Fullerton and a three-game sweep of Michigan.

Nebraska senior infielder Blake Headly has led the charge offensively with a team-leading .549 slugging percentage and 23 RBIs, and senior ace Kyle Kubat has dominated on the mound with a 4–0 record and a 1.60 ERA.

“They’ve come around to build that program now to a championship-type program, and the level of competition will be really good,” Garrido said.

Texas is also coming in hot, riding a four-game winning streak, which includes a sweep of Kansas State and a come-from-behind win at Texas State on Tuesday.

“It’s fun to see a guy like Collin Shaw, who hasn’t hit a home run in his whole career, hitting balls out of the ballpark,” Barrera said. “Zane Gurwitz, one of the smallest guys in the lineup, is hitting the ball out of the ballpark.”