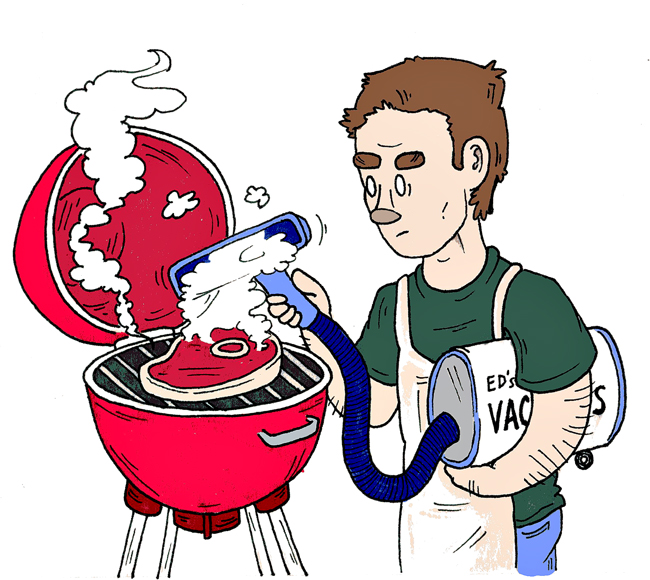 The Council will vote Thursday to amend the City code to require restaurants using wood- or charcoal-burning stoves or grills to install smoke-eliminating methods.

The original resolution would have required restaurants and food trucks located 150 feet or less from a residentially zoned property to install a method to eliminate smoke. After Franklin Barbecue owner Aaron Franklin protested the boundary Tuesday, Renteria changed the distance to 100 feet.

Freedmen’s, located across the street from Regents West apartment complex, falls under this new target for the proposed code amendments.

Kowalski said the current resolution would be too expensive for him to comply with.

“The resolution is all about ‘Let’s start talking about ways to mitigate the smoke,’” Kowalski said. “But how this all could potentially affect me is I would have to buy expensive equipment and custom retrofit to make it work with my barbecue pits and the smokehouse.”

Freedmen’s would need to buy two smoke scrubbers, a device that reduces smoke emissions, to comply with the language as it is now, Kowalski said.

“He doesn’t want to negatively impact any of the great small businesses we have around town that are good neighbors to the communities in which they operate,” Chincanchan said.

In the business’s two years, it has never received any complaints, Kowalski said.

Annie Xue, business junior and Regents West resident, said she has never been to the restaurant but also has never had any complaints.

“I don’t really notice smoke by my room,” Xue said. “It doesn’t really affect me on a daily basis.”

Austin Mayor Steve Adler, co-sponsor of the resolution, said the goal is not to burden business owners.

“The intent is to protect the health and safety of residents of our city,” Adler said. “If a business owner of any type of business is engaging in behavior that negatively impacts the health of residents, then that behavior must be addressed.”

Kowalski said he understands that eliminating smoke and pollutants near residential areas is ideal but also said Freedmen’s does not produce that much smoke.

“I would like to see something in there that says we’re going to deal with this on a case-by-case basis,” Kowalski said. “If there are serious health hazards, then yes, we need to deal with it.”