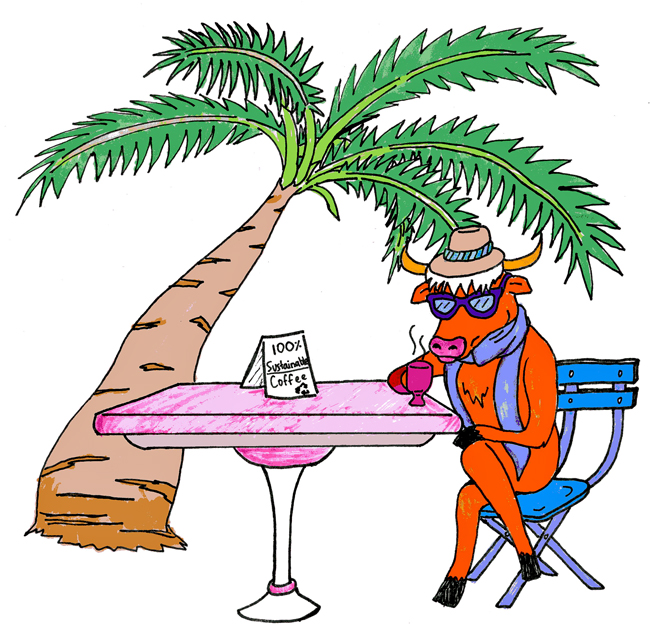 “Intensive coffee production is not sustainable,” Shalene Jha, integrative biology assistant professor, said in a statement released by the University in April 2014. “You exhaust the soil, and after a couple of decades, it can no longer grow coffee.”

An alternative that avoids the environmentally harmful effects of intensive coffee production is increasing cultivation of traditional shade-grown coffee, Jha said in the statement.

Traditional shade-grown coffee plantations have existed for centuries and provide ecosystem-friendly services, such as the filtering of water and air, for their rainforest habitat.

“The oldest coffee farms in the world have thrived for centuries because the forest replenishes the soil for them,” Jha said in the statement.

In a study Jha co-authored, her team found that the proportion of land used to cultivate shade-grown coffee has fallen by approximately 20 percent since 1996 — even during a time when customers, especially in the United States, shifted toward purchasing more specialty coffees, which account for 37 percent of U.S. coffee sales.

“We were surprised that, despite two decades of growth in public awareness of where coffee comes, shade-grown coffee only seems to be grown in a few regions,” Jha said in the statement.

According to Jha, incentives from groups such as the government and aid organizations are necessary in order to increase the proportion of coffee cultivation dedicated to shade-grown farming.

“The farmers will have to essentially uproot their lifestyle in order to become shade-grown coffee farmers,” Thai said. “Any sort of financial package would help.”

Jha encourages individuals to ask for shade-grown coffee when ordering at coffeehouses.

However, Karan Mahendroo, business honors and Plan II freshman and employee at Starbucks, the largest coffeehouse chain in the world, says that none of his customers have requested shade-grown coffee.

“A majority of our customers already have our menu memorized, and they know that we don’t carry shade-grown coffee,” Mahendroo said.