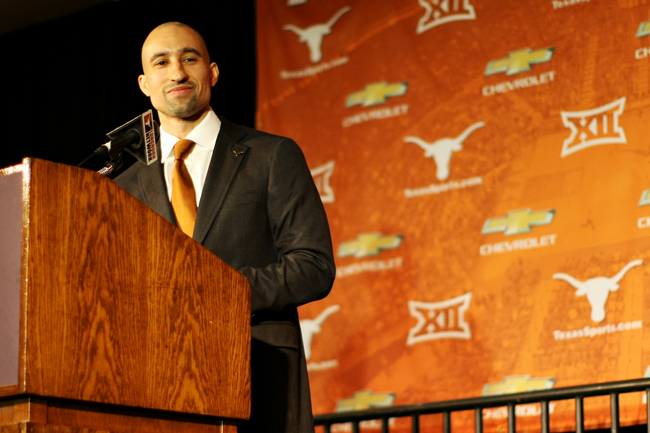 Texas made it official Friday that Virginia Commonwealth's Shaka Smart has become the Longhorns' newest head coach. Smart, who spent six seasons with the Rams, replaces veteran head coach Rick Barnes and becomes the 24th coach in the program's history. Here are five things you need to know about Smart:

Smart made the most of the opportunity as he was an All-North Coast Athletic Conference (DIII) selection and a member of the 1999 USA Today All-USA Academic Team. He is the all-time assists leader at both Kenyon College and Oregon High School (Wisconsin).

At his introductory press conference at VCU, Smart simply described his style of basketball.

"We are going to wreak havoc on our opponent's psyche and their plan of attack," Smart said in 2009.

And there’s no reason to think his plan of attack will be any different at Texas as he will use the full-court press and a transition offense. His teams averaged 9.5 steals per game, good enough for fourth in the nation. That’s a big difference than the 342nd ranked Longhorns with 3.8 (fourth worst in Division I).

Texas players may want to start their conditioning program early this summer because they will need every bit of it. The last two years Smart's team – including the staff – has gone through a week of Navy SEAL training to get ready for the season.

Origins of his name

Smart's first name comes from the African warrior Shaka Zulu, as he explained four years ago before an Elite Eight matchup with Kansas.

“Shaka is an African name, named after a king in southern Africa who united hundreds of thousands of people," Smart said. "He was a warrior, he was a tough dude, and my dad chose to name me after him. You may have seen the movie ‘Shaka Zulu.’ That’s who I’m named after.”

Smart’s not the most experienced man out there, but he's had success in just his six years as a head coach. In his first year in 2010, he won the CBI. The next year, he was in the Final Four. Smart has made the tournament every year since that CBI title.

At age 31, Smart became a head coach at VCU.

A scholar and a basketball coach