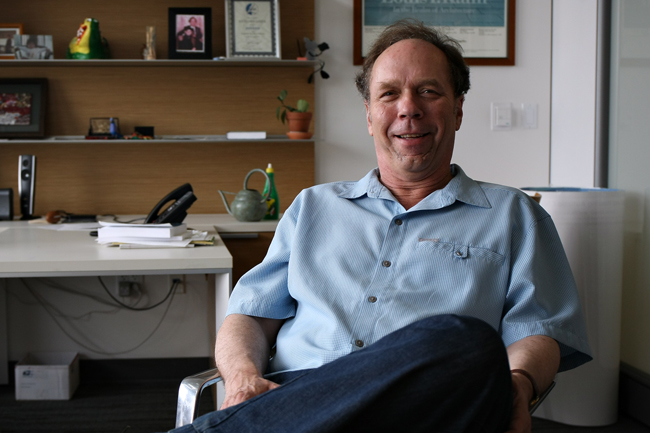 A study conducted by a UT professor and a UT alumnus found deaf children with autism tend to avoid using pronouns, mirroring similar habits observed in their hearing counterparts.

“The major result was finding that deaf children with autism tended to refer to themselves with a name sign rather than a sign pronoun,” said Aaron Shield, a Boston University psychology professor who received his Ph.D. in linguistics at UT.

A name sign is unique to a deaf individual and is usually given by a deaf child’s parents, whereas pronoun signs require deaf individuals to point to themselves or other people with their index fingers, according to Shield.

Autistic children’s reluctance to use pronouns was previously believed to be a result of the arbitrary nature of pronouns in the English language, Shield said.

“We speculate that something bigger and more basic, perhaps the way that people with autism experience the self, could be at work here,” Shield said.

“The study shows that linguistic arbitrariness, the lack of motivated relationship between a word’s form and its meaning, is not the cause of pronoun difficulties in the speech of children with autism,” Shield said.

“Sign-language pronouns make their referents quite clear because they point at them,” Shield said. “We hypothesized that this transparent form-meaning relationship could help deaf children with autism learn pronouns.”

The results of the study provide more knowledge about the linguistic capabilities of children with autism, according to Meier.

“The research has great significance for the deaf community and for educators of deaf children,” Meier said. “It helps us to better understand linguistic markers of autism in all children, deaf or hearing, signing or speaking.”

Business freshman Darrell Sung, who has volunteered to help children with autism, said he had noticed that many frequently declined to use pronouns.

“Whenever I was playing board games with [the children] for volunteering, they always referred to me by my name even when it was unnecessary,” Sung said. “I remember because they used to jokingly mispronounce my name.”