Column: Movie trailers often reveal a little too much 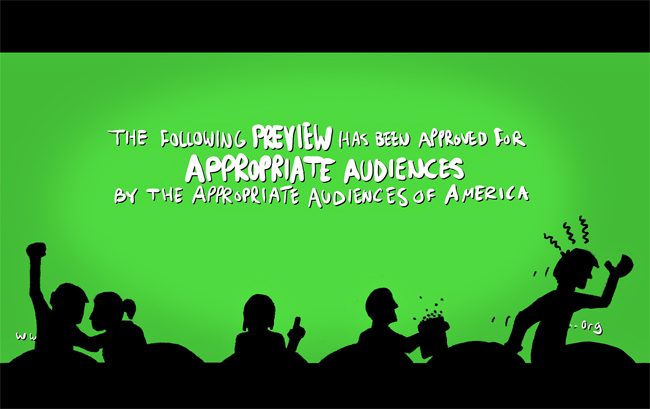 With the purchase of a $10 movie ticket, movie-goers are treated to a pre-show treat: a barrage of often over-produced movie trailers. These short, promotional moments show off the potential of upcoming films and have now become an exciting aspect of going to the movies — but have serious potential to compromise the movie’s plot.

A movie trailer is a short montage of clips from an upcoming film. These promotional spots, which began running in 1913, showed important scenes from movies to convince audiences to see them when they were released. Theater owners originally played trailers at the end of a feature but moved the spots to precede the film when they noticed audiences weren’t willing to stick around and watch. Over the years, trailers became known as an effective way of drawing audiences to the latest films.

When popular video sharing websites such as YouTube began to emerge, trailers found a place where they could be seen, analyzed and debated by a mass audience. Modern movie trailers are now as revered and long-awaited as the actual movies. When the first teaser trailer for “Star Wars Episode VII” premiered online last year, it received millions of hits and thousands of comments over the span of just a few days.

While fans eagerly wait for trailers and the new material they bring, some are concerned that today’s previews show too much about the film. Lengthy trailers highlighting several important moments from a film present fears of spoiling the plot of the movie. English junior Kevin Lee said this trend is too prevalent in recent blockbuster previews.

“I don’t see a future path where trailers evolve into something completely different,” Lee said. “In fact, I fear trailers are becoming more and more revealing.”

Filmmakers and trailer editors have to pick which scenes to reveal and make sure that using such clips don’t compromise the film’s story. The latest “Avengers: Age of Ultron” trailer features Iron Man and The Hulk fighting in the middle of a city street. Putting this thrilling scene into the trailer might convince audiences to see the whole film, but some are irritated that the plot-point has been spoiled for them.

Radio-television-film junior Mitchell Schwartz said he hates when a trailer reveals too much information and that he becomes more intrigued by a film trailer that shows a minimal amount of footage.

“What gets me interested in a movie trailer is almost a lack of information,” Schwartz said. “The best thing a trailer can do is show an audience just enough to be interested in seeing the full feature.”

Lately, even a trailer’s release date is newsworthy. After entertainment site IGN posted a story about the movie theater debut for the first trailer for “Batman v Superman: Dawn of Justice,” hundreds of fans expressed their excitement of seeing a first glimpse of the two superheroes sharing the same screen.

Communication studies doctoral candidate Julie Escurignan said trailers have the potential to reveal too much of a movie’s plot but are an important advertising tool for films.

“Few people will go watch a movie by seeing a poster of just hearing about it,” Escurignan said. “[Trailers] are definitely necessary.”

It’s unlikely that film trailers are going anywhere, as they’ve proven to be an asset to the film industry. Although they are popular with most audiences, movie previews should only be a method to create intrigue, rather than spelling out what exactly will happen the moment patrons walk into the theater.