Outplaying Islanders on the stat sheet, Longhorns look to mirror success on the field 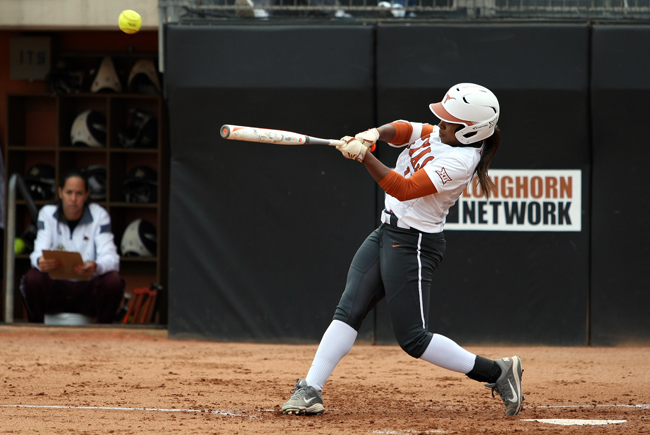 After sweeping Texas State this past weekend in a two-game stint, Texas faces Texas A&M-Corpus Christi at Red and Charline McCombs Field on Tuesday.

The Longhorns (26–9) have earned an 11–3 record at home, winning the last three on walk-offs. Proudly possessing an eight-game win streak, Texas, which has outplayed Texas A&M-CC on the stat sheet this season, looks to extend its success against the Islanders, who are on a four-game streak of their own but control a mere 7–8 away record.

With early boosts proving effective, the Longhorns have scored in the first inning in seven straight and have hit a total of 51 runs in the first frame this season — almost a quarter of the team’s run total and the most scored in any inning.

Texas will have the offensive advantage in Tuesday’s nonconference matchup. In their 26 wins, the Longhorns have come from behind in 10 of them, posting five walk-off victories.

Outscoring the Islanders (12–21–1) this season 223–119, the Longhorns have more than doubled their opponent in triples and near-doubled in RBIs. The Islanders have hit 15 long balls, just three more than junior outfielder Lindsey Stephens alone.

Texas A&M-Corpus Christi struggled early on, losing its first eight games before posting a tie against South Dakota and then losing three more. Since then, the Islanders have earned a 12–10 record, defeating opponents ranging from Houston to Nicholls to Sam Houston State — their great margin of victory of the season: six.

From behind the bat, the Islanders maintain a solid lineup with team-leading senior shortstop Hayley Galloway batting .321, followed by senior outfielder Mickayla Cochran and sophomore catcher Brittney Morse batting .307 each.

Yet the Longhorns’ top four batters rank higher than all of the Islanders, led by Wong hitting with a .387 average and followed by Stephens, Shireman and junior first baseman Holly Kern with .368, .333 and .330, respectively.

On an individual level, hitting just below .300, sophomore shortstop Devon Tunning has reached base in a career-best 20 straight games. Just behind her, sophomore outfielder Stephanie Wong has reached in 18 straight, and Stephens and junior catcher Erin Shireman have both reached in 10 straight.

After the game against Texas A&M-Corpus Christi on Tuesday at 4:30 p.m., Texas will host Oklahoma at home Friday.