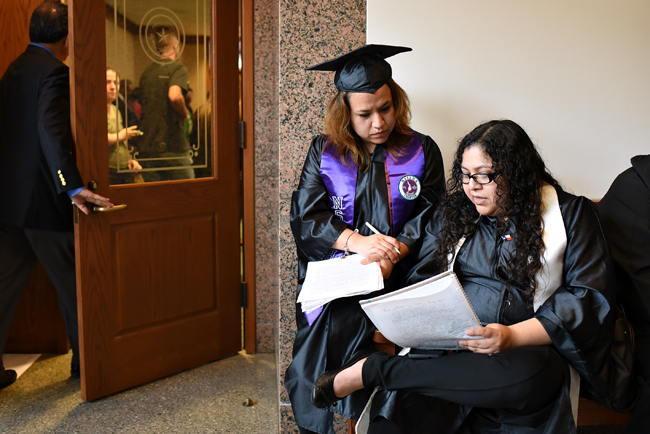 Update: After over 13 hours of an emotional Senate hearing, the subcommittee on border security voted 2 to 1 to send the committee substitute for SB 1819 to full committee for review, with the recommendation that it pass.

Campbell said the bill is about policy, holding her original argument that sate university resources should first go to residents, and “not meant to harm anyone.”

“I too appreciate everybody being here throughout the whole day and your perseverance to stay here,” Campbell said. “I have listened and there are many folks that couldn’t be here today that I have listened too from my district and different parts of the state that have a difference of opinion.”

Lizeth Urdiales, ethnic studies junior at UT, sits in on the Senate hearing about a bill that would eliminate in-state tuition for undocumented students. Carlo Nasisse | Daily Texan Staff

“This is not a free right,” Garcia said. “They have earned this opportunity to just pay the same tuition that the other high school graduates that they attended school with are paying.”

“[Senator Campbell,] I cant tell you how much I care for you and all of my brothers and sisters in the Senate, but I didn’t want to see this happen,” Lucio said.  "Not to this group or any group. Not in our state or any state in the country, which I love so dearly."

Original story: UT students, many of whom wore graduation caps and gowns, testified at the Capitol against a bill that would eliminate in-state tuition for undocumented students.

If passed, SB 1819 would repeal Texas’ version of the DREAM Act. Currently, undocumented students who have lived in Texas for at least three years and graduated from a state high school may qualify for in-state tuition at public institutions, a policy passed in 2001 and supported by Governor Rick Perry. Additionally, students must sign an affidavit agreeing to apply for citizenship if the opportunity arises. 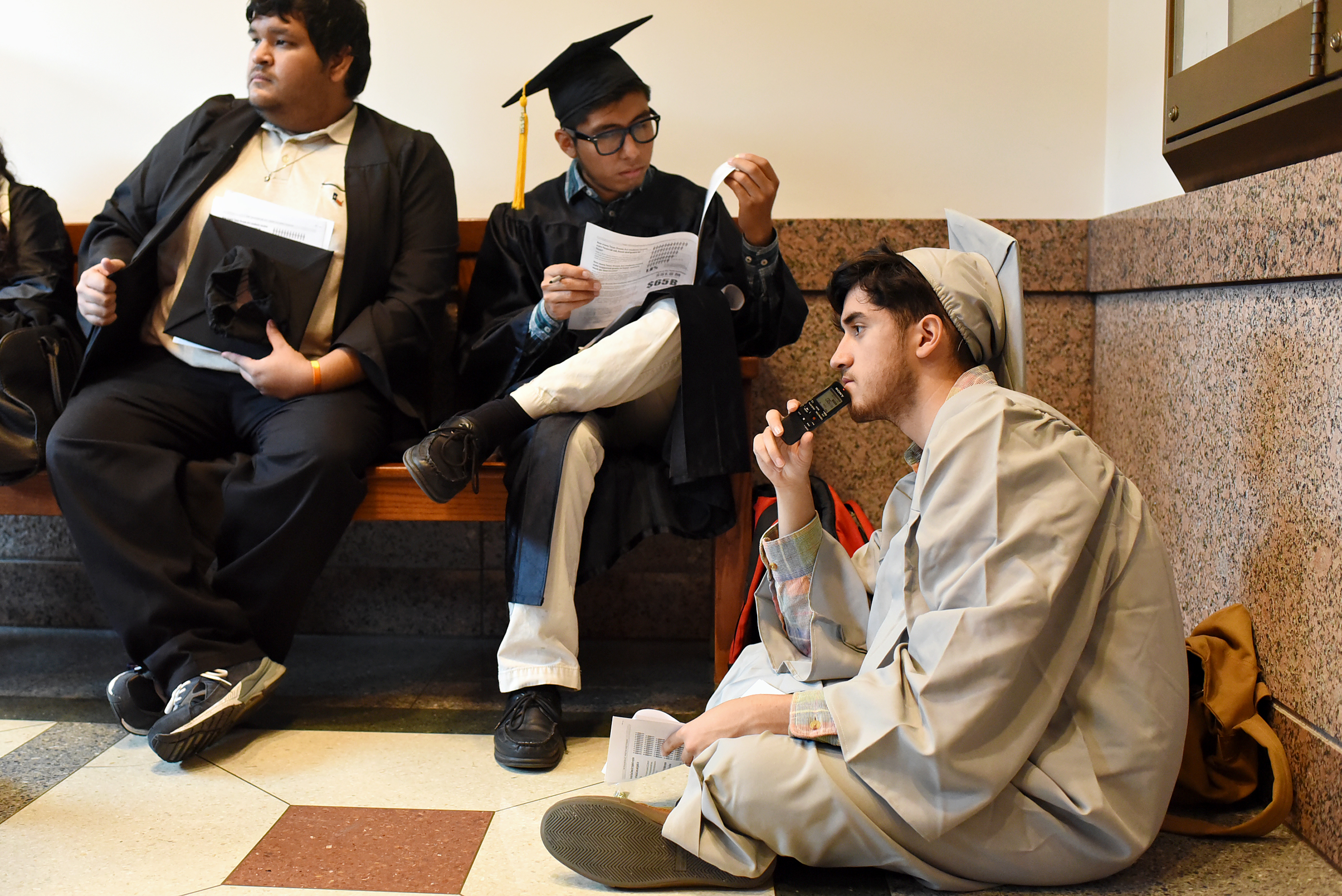 The bill was heard in the Senate Subcommittee on Border Security on Monday. Sen. Donna Campbell (R-New Braunfels), the bill’s primary author, said at the hearing she thinks state residents should fill university class spots — not undocumented students.

“At the end of the day, I think there are a finite number of spots at universities and that those should be preserved for Texas residents,” Campbell said.

According to Campbell, there was a major increase in the number of undocumented students benefitting from in-state tuition since the act’s start. Campbell said she believes the number of students receiving benefits now numbers in the tens of thousands.

“The question is: Is Texas going to subsidize the dollars for having in-state versus just out-of-state tuition [for undocumented students]?” Campbell said. 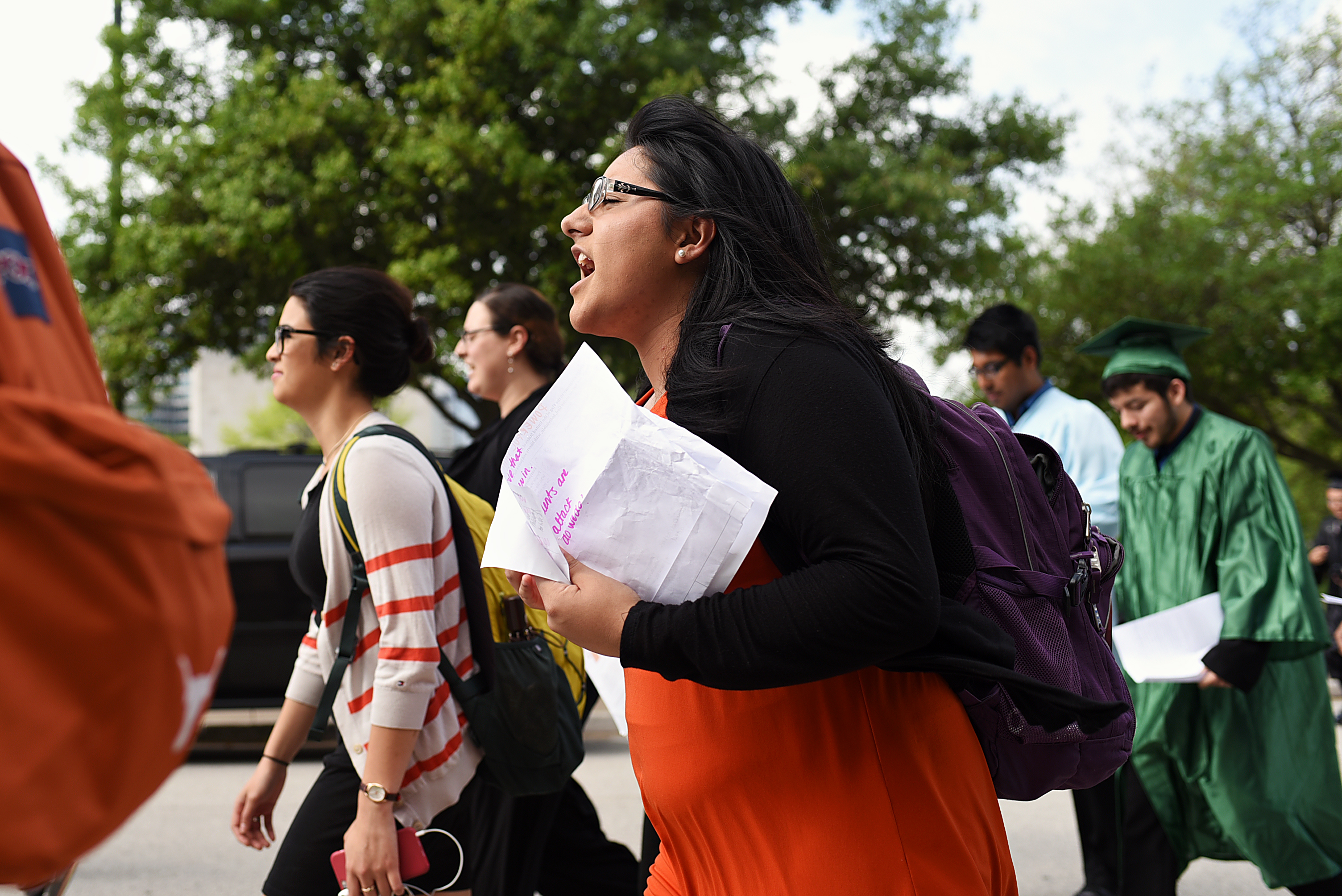 Many undocumented students, especially those eligible for schools like UT, are top students in the state, according to ethnic studies junior Lizeth Urdiales. She said she believes these students are not taking spots from other students and the bill would stop top students from attending state schools.

“You’re just basically lowering the value of a degree of any institution of higher education in Texas,” said Urdiales, who testified at the hearing.

According to University spokesman Joey Williams, about 700 students filed an affidavit with the UT last fall. The Texas Higher Education Coordinating Board reported more than 20,000 students filed for an affidavit in 2012, about 1.1 percent of public higher education institution enrollment. Chancellor William McRaven submitted a written testimony to the committee stating he thinks providing undocumented students in-state tuition is “the morally right thing to do.” 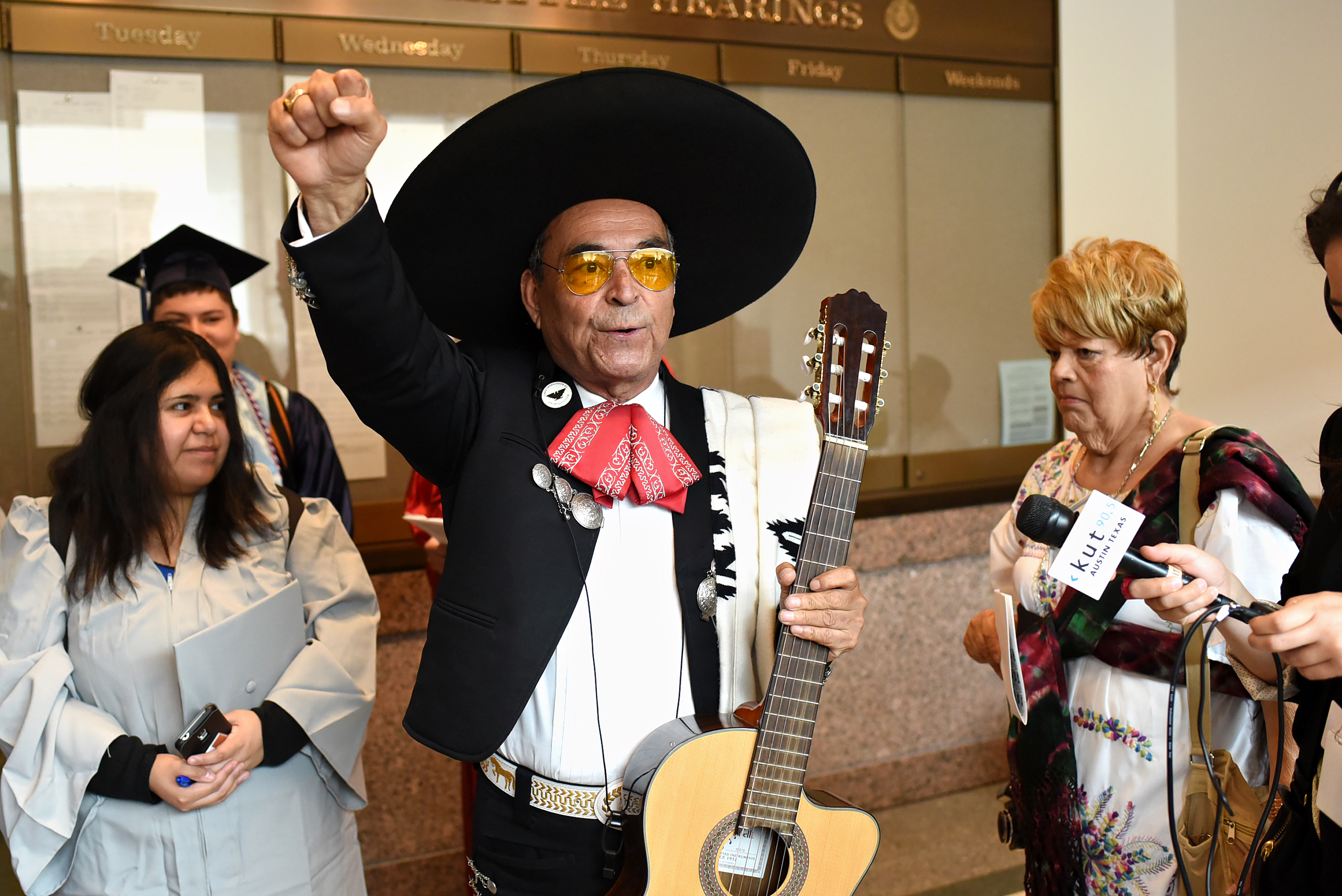 Jose Trevino holds up his hand in solidarity with the students preparing to give testimony at the Capitol against a bill that would eliminate in-state tuition for undocumented students. Carlo Nasisse | Daily Texan Staff

Journalism sophomore Marlon Saucedo attended the hearing to testify. Saucedo said he has been living in Texas for 14 years and thinks it would be unfair to “not be considered a Texan.”

“I am myself an immigrant student,” Saucedo said. “I come here because of the same reason everyone is here. I’m passionate about holding on to this right that took awhile for this community to even receive in the first place.”

Sen. Kirk Watson (D-Austin) said he believes SB 1819 would create a less diverse economic work force. He said we should be “applauding” the successes of undocumented students in the state, rather than removing tuition benefits.

“It’s insulting to our hard-working students and their families that those in control of the Senate have decided that in-state college tuition is a border security issue,” Watson said in an email. “The students affected by this legislation are Texans. They have attended Texas schools and excelled.”

As of press time, the hearing on the bill had not yet concluded. 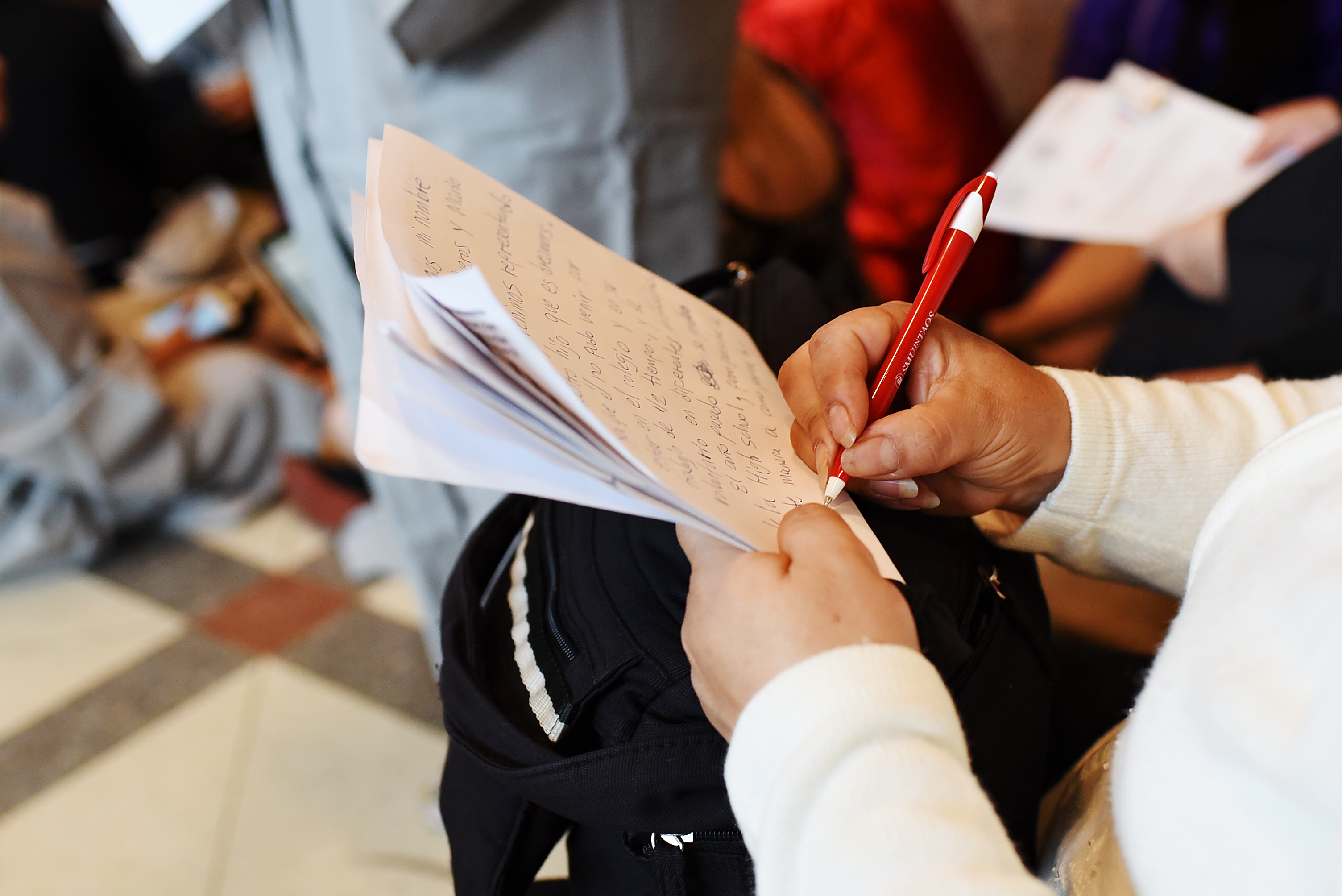 Lourdes Ontiveros, the mother of an undocumented college student, works on her testimony at the Capitol against a bill that would eliminate in-state tuition for undocumented students. Carlo Nasisse | Daily Texan Staff