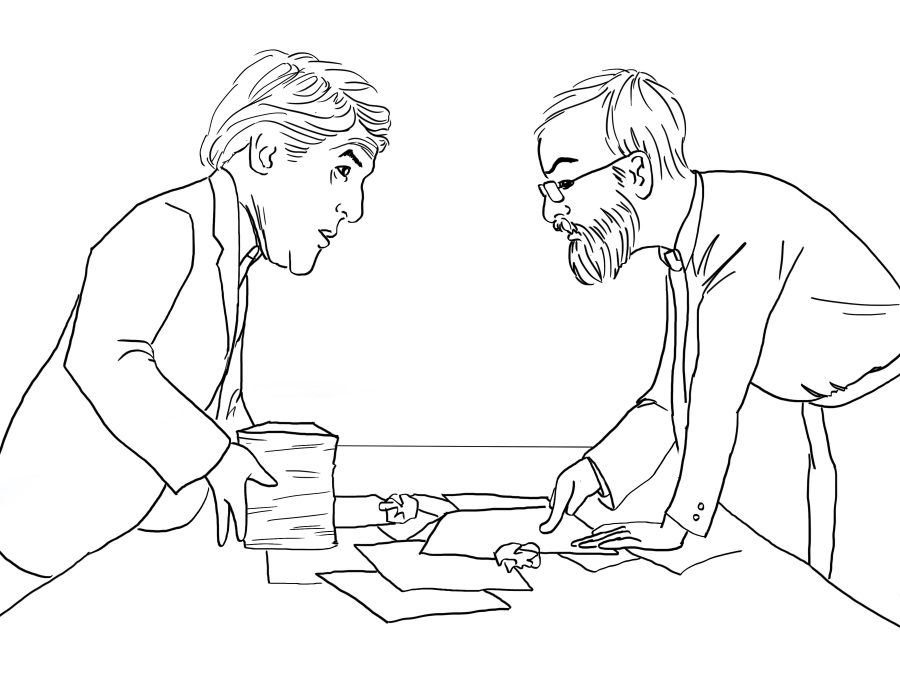 Since the terrorist attacks of Sept. 11, the United States has done a lot of shouting, condemning and fighting. This is particularly true in the Middle East, where we have fought a long, inconclusive war, declared an “axis of evil” and demanded rapid “democratization” on our terms. None of these actions has accomplished very much. Our counterproductive foreign behavior has seeped into our domestic politics — also dominated by shouting, condemning and fighting today. We are stymied at home and abroad because we have become unable to work through differences without personal attacks and government shutdowns.

Thursday’s dramatic announcement that the United States, Iran and five other nations have reached an agreement to curtail Iran’s threatening nuclear weapons program, in return for a lifting of international sanctions, is an example of what diplomacy, negotiation and compromise can accomplish. After more than 35 years of conflict, dating back to the Iranian Revolution, representatives from Washington and Tehran sat across the table from one another for intensive discussions aimed at improving relations between the two states.

The agreement announced on Thursday, if enforced, will open Iran’s nuclear program to the West, just as it reopens Western trade with Iran. Tehran will not assemble a nuclear weapon, and Washington will end its efforts to isolate a vibrant Iranian society. The truth is that Washington and Tehran are already working closely together in fighting ISIS in Iraq and Syria, and last week’s agreement will allow the two states to find further opportunities for strategic cooperation.

Many critics correctly identify the Iranian state as a continuing sponsor of terrorists in Lebanon, Yemen, Iraq, the Palestinian territories and other areas. Leaders in Tehran refuse to acknowledge Israel’s right to exist. They also deny the Holocaust and subscribe to numerous racist conspiracy theories about Jews and Christians. The Iranian government is not the most authoritarian or repressive regime in the Middle East — our friends, the Saudis, take that award — but the leaders of Tehran are clearly dangerous and antagonistic to many of our most deeply held values. We should not pretend otherwise.

The point of diplomacy is that nations and peoples must learn to live with countries they do not trust, even ones that they despise. The world is a very diverse and dangerous place. The United States does not have the power, the knowledge or the moral claim to right the wrongs of every region and deny recognition to every government it disdains. Time and again, overreliance on military force and moral self-righteousness has produced unsatisfactory results. Just think of Vietnam, Lebanon, Afghanistan, Iraq and Libya — all places where the United States deployed extensive force and spent billions of dollars over the last 40 years. It is very hard to argue that the United States achieved any enduring democratization in these countries, despite all the costs. Some of these countries, including Iraq and Libya, are more violent now than before American intervention.

Force is a necessary component of international relations, but it is not sufficient. Nor is financial assistance effective when local leaders are able to confiscate resources for their own purposes rather than the needs of a country’s population. The recent historical record shows that American force and money, although deployed widely, have delivered very little value in reforming societies.

President Barack Obama, elected to office in the shadow of the Iraq War and the 2008 economic recession, recognized these historical facts, as did many of the millions of Americans who voted for him. Mainline Republicans, including James Baker, Brent Scowcroft and Henry Kissinger said similar things. The United States needed to improve its foreign policy results by investing more heavily in negotiations and compromise with powerful adversaries, especially Iran. President Ronald Reagan had tried to do exactly that in the 1980s, and the time had come again to build a working relationship between Washington and Tehran for stability in the Middle East.

A powerful step in the direction of stability

The agreement reached last week was a powerful step in that direction and everyone, regardless of political party, should support it. Iran is still a threat to many American interests, but a working relationship that limits Iranian development of nuclear weapons and increases American access to Iranian society is good for the United States. We still cannot trust Iran, but an agreement that provides a basis for verification allows for some testing of suspicions. The Iranians would, of course, say similar things about the United States. The two adversaries need to start somewhere in building cooperation to replace escalating conflict. The negotiators of the recent agreement deserve praise for creating some reasonable hope.

Shouting, condemning and fighting always sound more righteous and pure, but politics is not about righteousness or purity. Talk to any veteran of the Iraq War and he or she will make this point through the countless stories of suffering, among all belligerents, witnessed firsthand. Effective politics turn on the ability to work with adversaries and construct agreements that make circumstances a little better.

The burden on critics of compromise, at home and abroad, is to offer a more promising alternative. If all you can offer is chest-thumping about the evils of the adversary, then get ready for more of the warfare abroad and stagnation we have seen at home during the last decade. Democracy is ultimately about getting things done by working with groups we love and hate, and with whom we share the planet.

Suri is a professor in the LBJ School of Public Affairs and the Department of History. Follow Suri on Twitter @JeremiSuri.