Powers: Quality before quantity when it comes to hiring faculty 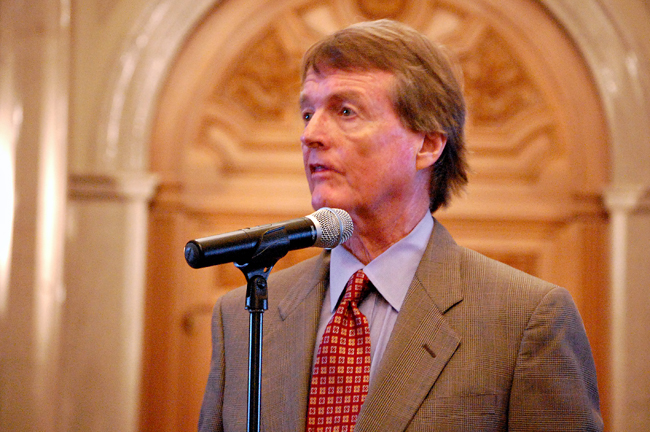 Powers said using University funds to attract a higher quality faculty should come before putting significant resources toward a rapid expansion of faculty.

“I think it is not [a] good strategy to go and expand when we’re not competitive and not get the faculty we want,” Powers said. “Getting our student-to-faculty ratio better is still a priority, but it would put the cart before the horse to go out and try to do that before we first try to correct the problem of being more competitive.”

The student-faculty ratio during the 2014-2015 academic year was 1:18.62, according to the UT Office of Institutional Reporting, Research, and Information Systems.

According to a report from UT, beginning in 2001, UT president Larry Faulkner wanted to hire nearly 300 new faculty members to reduce the student-faculty ratio over the course of ten years.

Powers said the initiative was strong for the first few years and explained why it had not met its goals of decreasing the ratio of students to faculty.

“We introduced a program over a decade adding 300 net new tenure, tenuretrack faculty members, and each year for the three or four years at that rate, we added 30 new faculty members,” Powers said.

In his 2006 address to the University, Powers went beyond Faulkner’s plan. He said the initiative should be taken even further, calling for an additional 145 faculty members to establish a student-faculty ratio of 1:16. A commission made of UT community members made the recommendation to Powers.

“We are already committed to hiring 125 more to complete our 300 faculty expansion,” Powers said in his speech. “Beyond that, we need an additional 145 new faculty to attain the Commission’s goal.”

However, Powers said once the recession struck in 2008, and the budget was restricted, the initiative’s progress came to a halt.

“In 2008-2009, we had a budget crunch, and, at that point, I think it was well understood, certainly well stated, that we certainly did not have the financial wherewithal to continue adding 30 faculty members net, year after year,” Powers said.

Power said the University began to focus on increasing salaries for faculty and graduate students during the same time frame to attract higher quality applicants for both positions.

Associate history professor Alberto Martínez questioned the initiative at the faculty council meeting in March. He said there is still work to be done in comparison to other universities.

“I worry that the overall, average faculty salaries can be raised just by hiring a few new professors at very high pay scales,” Martin said. “Instead, I know that we can hire similarly excellent faculty at more moderate salaries, thus being able to hire more faculty in order to improve our ratios as well.”