The phrase ‘personal is political’ must return to democratic discourse 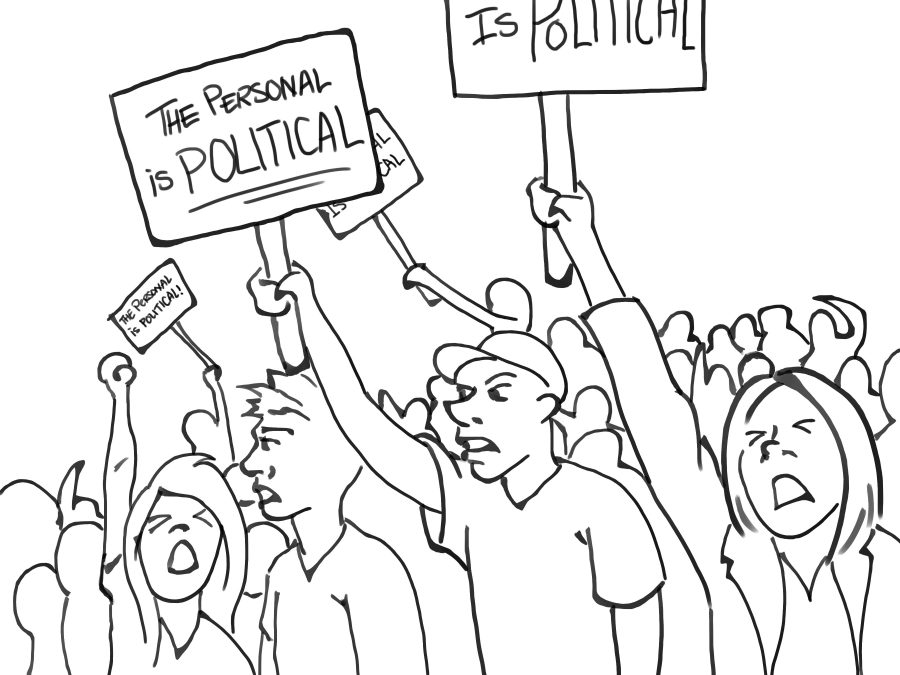 One of the great accomplishments in recent American society was the recognition, during the 1960s and 1970s, that the “personal is political.” For civil rights activists; this meant that racial prejudice was not just a matter of individual preference but a national issue requiring government intervention to protect the entitlements of citizenship and civilization.

Making the personal political opened American power to people long denied access. It created a national dialogue about fairness, equality and the nature of a free society. During the 1960s and 1970s; intensive debates about rights and identity disrupted American society, with countless protest movements on city streets and across college campuses. The intensive debates and protests made our country more diverse, more open, more innovative and ultimately more successful. We would never want to reverse those accomplishments.

In recent years, however, the personalization of politics has turned in a new, destructive direction. Instead of opening opportunities for expanded participation and exposing the mistreatment of individuals, the contemporary focus on personality denies serious political analysis.

Too much of our rhetoric is “anti-Obama” or “anti-Bush” without real discussion of what matters: their policies. For all the shouting about the Affordable Care Act, for example, there has been very little public discussion about the problems of our terribly costly and inefficient health care system and the possibilities for improvement. For all the controversy about the recent agreement between the United States and Iran, there has been limited analysis of productive alternatives, if this deal is not accepted.

Instead of policy, talking heads pronounce strong judgments around positive and negative portrayals of personality — why we should “support” or “distrust” President Barack Obama. Overwhelmingly, citizens are told to decide on policy based on strong judgments of the leader’s personality, not the other way around. If you hate Obama, you hate the Affordable Care Act and the U.S.-Iran agreement. If you love Obama, you support those policies.

This is not how democracy should work. The complexities of policy should inspire people to embrace different and inconsistent positions on various issues.

In the 1960s and 1970s, for example, many thinking citizens supported rapid civil rights reforms (a largely Democratic position) and hardline Cold War foreign policies (a traditionally Republican position). Many who hated President Lyndon Johnson for prosecuting the Vietnam War also revered him for promoting more equality among citizens.

The same in reverse: Many who supported President Richard Nixon on Vietnam differed from his expansion of the federal government at home. Our society made progress, because citizens debated the big issues of fairness and foreign intervention on their own terms, not purely around the personality of the president. That is, of course, how both Johnson and Nixon were able to elicit bipartisan support for big, new initiatives. The opposition to them was also bipartisan, at times.

In earlier decades, the “personal is political” opened discussion of long-ignored issues, and it created opportunities for creative solutions. Today, the “personal is political” means that personal judgments of people are so deep and so vengeful that we cannot discuss anything else. All evidence is filtered through the question of who proposed a given policy, not what they proposed. Imagine, just for a minute, how partisan statements would flip on Iran if George W. Bush, not Obama, negotiated the current agreement — very similar, in fact, to the Bush administration’s pursued agreement with North Korea in 2008.

The personal is really political because our life choices are largely determined by political decisions made far from our families and our homes. Educational policies determine the kinds of schools we attend and what we learn. Zoning and transportation policies influence where we live and how we travel. Economic policies shape the jobs we hold and the money in our bank accounts. Policing and defense policies determine our safety and the protection of our rights. All political policies have deep and enduring personal effects. Personal needs demand political attention. That is the positive lesson of the 1960s and 1970s.

Attention to the personal, however, is not a substitute for serious policy analysis. Since the 1970s we have gone much too far in that lazy and simplistic direction, contributing to the stagnation, hyper-partisanship and public ugliness of our current day.

It is time to return our concentration to the personal effects of policy. Do not support the presidential candidate you “like,” please, but research the issues you care about, and follow the figures who offer the best ideas. Who will improve our educational system and open better opportunities for young people? Who will make our society more humane, prosperous and safe?

When you answer these questions, then you know which candidates to support and how to make the personal truly political for a new era of democratic accomplishment.

Suri is a professor in the LBJ School of Public Affairs and the Department of History. Follow Suri on Twitter @jeremisuri.