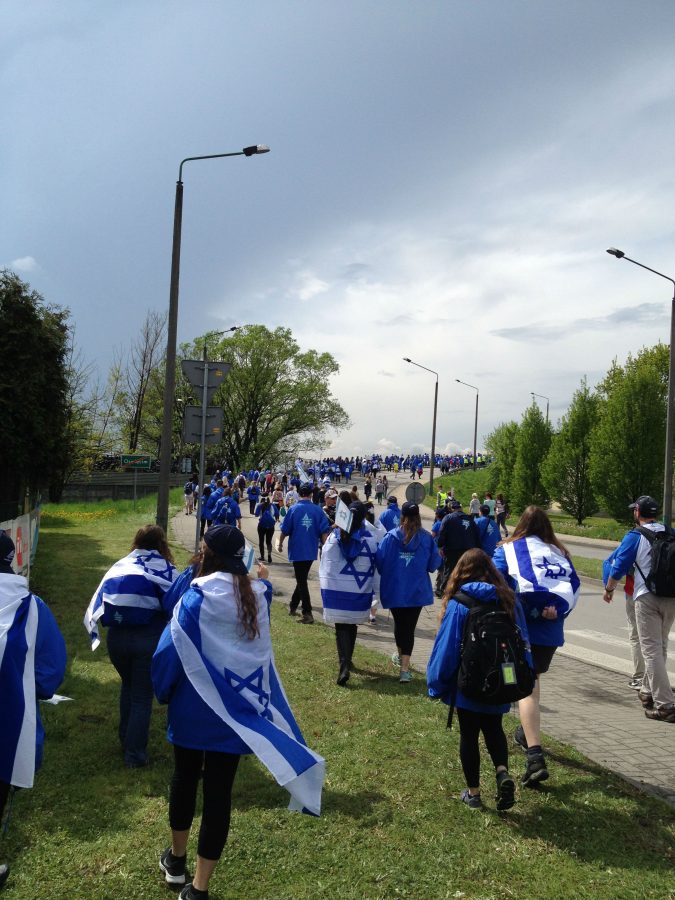 Similar to the sound of a tornado warning in the states, two sirens will pierce the air in Israel in the next 24 hours, bringing traffic and society to a standstill.

But these will not be calls of warning. These two sirens, one Wednesday evening and one Thursday morning, will call for a moment of silence, solemnity and reflection on Yom HaShoah, the Israeli and Jewish Holocaust Remembrance Day.

Today, Israel commemorates each life lost in the mass murder of over 6 million Jews. In Israel, the sirens prompt civilians to recognize the holiday and observe it appropriately. Public entertainment shuts down for the day and radio and television programs switch over to oral accounts from the camps and similar Holocaust programs to re-educate viewers on the appalling events that occurred throughout Europe.

International Holocaust Remembrance Day, observed by many countries including America, occurs in late January. But on April 8, thousands of people on the 40 Acres took flowers in commemoration. Organized by the White Rose Society, volunteers from different organizations distributed 10,000 white roses — representing the number of people killed in Auschwitz each day during the Holocaust.

The war ended nearly 70 years ago and the number of Holocaust survivors left decreases by the year. These survivors, well into their seventies or eighties at the very least, may not physically be around for our children and grandchildren to meet.

But their memories will live on.

Just last year, I did not observe Yom HaShoah in the comfort of my home or even my hometown. Instead, I marched. I marched among 15,000 others from countries ranging from Brazil to the United Kingdom to Panama and even Germany. We marched almost two miles from Auschwitz, a work camp, to Birkenau, the largest extermination center built and operated by the Nazis.

Standing in the middle of Birkenau, I decided no sane human could ever fathom the extremity of the mass murders committed during the war. The deaths of Jews, Roma, homosexuals and other oppressed minorities amount to about 11 million, according to the El Paso Holocaust Museum. UT is a large public university, but this death toll totals over 200 times the number of undergraduate and graduate students on campus. And when you try to put the millions into perspective, one number cannot define the individuals who perished. Rather, try to use basic arithmetic to add one plus one plus one plus… until you inevitably give up out of frustration.

As I stood alongside a survivor of 86 years old and listened to his stories, I became a witness. I became a source of information to make sure that the stories live on, that his story lives on.

Like everyone holding a rose last week, we must continue to preserve the memories of the survivors — not just for the future, but for today.

We live in America, a first-world country with freedoms unimaginable to citizens in most places around the world, but we need to recognize and address genocides happening worldwide. History is repeating itself, and we cannot stand idly by, like many did during the Holocaust.

While we will not be able to hear the sirens in Israel nor experience the camps from our dorm room, I encourage you to seek out such videos and articles online. And still today, in the 21st century, the everlasting message persists: Never forget.