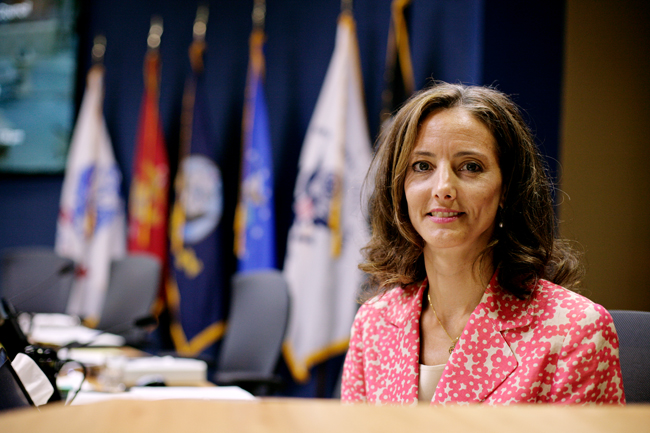 Areas of downtown zoned for “mixed use” will also require the businesses go through “conditional use” process, instead of a “permitted use” process, to open.

Planning and Development Review Department staff member Jerry Rusthoven said the changes will be grandfathered in — so adult-oriented businesses already operating, subject to Chapter 245, will not have to obtain new permits.

“This ordinance takes place on April 26,” Rusthoven said. “The mayor made a statement under state law. Adult-oriented businesses are subject to Chapter 245 under local government code. … They’re okay if they are already open.”

Mayor pro tem Kathie Tovo sponsored the resolution and said it was important to address the fact that in certain areas of downtown, strip clubs could open for business without a public hearing.

Tovo said businesses should have the opportunity to discuss whether adult businesses nearby are appropriate for the area.

“This will not prohibit adult businesses from opening up where zoning categories are appropriate — just have them come in front of council to determine if they are,” Tovo said. “It requires them to [meet] a higher level of review — a public hearing — which means other businesses can come and weigh in, residents, anyone who wants to. Then, the planning commission would make a decision, and it can be appealed to the City Council.”

While the ordinance will not affect already-opened and operating strip clubs, Expose Men’s Club manager Ryan Miller said the new ordinance is bad for Austin’s economy.

“Pretty much all that’s doing is making it more difficult to obtain a [sexually-oriented business] license,” Miller said. “A lot of people don’t agree with this kind of business, but, you know, we produce jobs and probably got 15 employees at this club and then dancers — we probably have a couple hundred. It’s just going to make it more difficult for new clubs to open and pull money out of the Austin area, and people are going to go out of town to open new clubs.”

Individuals who proposed a strip club on Fifth Street and Congress Avenue are still in the permitting process, and they have not gotten their site plan approved yet, Rusthoven said.

Randell Salinas, international relations and global studies alumnus, said because there is already a regular crowd that frequents Sixth Street, close to the proposed Fifth Street and Congress Avenue strip club location, the culture will remain the same even if the strip club isn’t constructed.

“You’re not going to change the type of people that are going to go downtown,” Salinas said. “What’s another bar or club or gentleman’s club?”