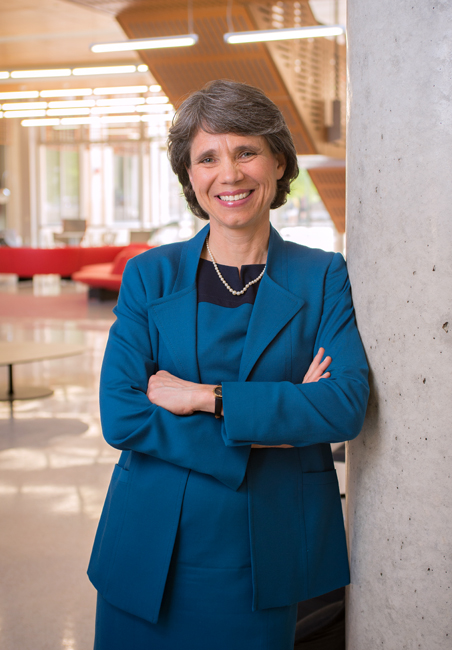 Cockrell School of Engineering at The University of Texas at Austin

Sharon Wood, the dean of the Cockrell School of Engineering, was elected president of the American Concrete Institute last week.

ACI is a nonprofit company dedicated to spreading educational resources about concrete and providing expertise for construction projects. Wood said she decided to run for president because the position provides the opportunity to influence the future of the entire institute.

“My primary objectives are to increase the value of ACI membership and define the relevance of ACI within a competitive, global concrete community,” Wood said.

Wood said she initially joined ACI because the organization aligned most closely with her research interests.

Wood has previously held multiple leadership roles within ACI, including chair of the Technical Activities Committee and International Advisory Committee. Wood said she believes her past positions in ACI have prepared her for the president position.

“Serving as a technical committee chair and guiding the consensus process in developing technical documents taught me to listen to people who did not share my opinion and to compromise,” Wood said. “Listening and compromising are essential qualities for serving as president.

Although her presidency will prove to be demanding, Wood will retain her position as the dean of the engineering school.

“Balancing the roles of dean and president will certainly be a challenge,” Wood said. “I will schedule my international travel during the summer or between semesters, and I may not be able to accept all the invitations that I receive.”

Tedmund Chua, public health junior and president of the Gamma Beta fraternity chapter at UT, said he believes presidents need to promote a combination of stability and change in order to be effective.