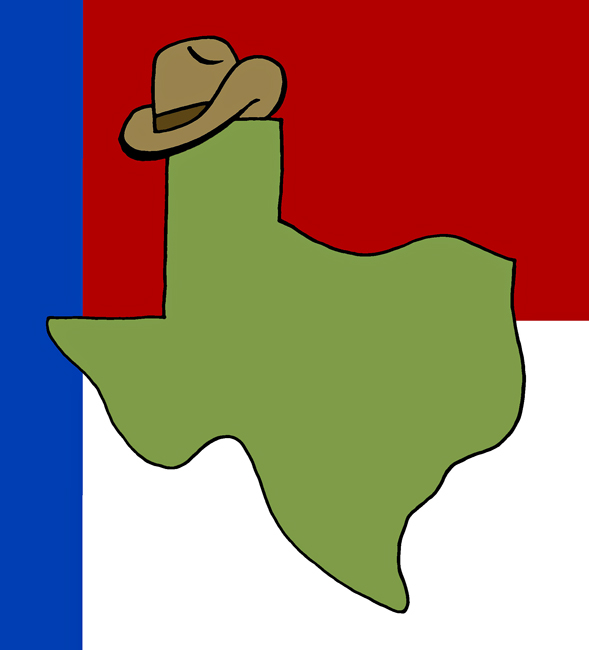 When liberal arts sophomore Madi Maino, originally from Virginia, prepared to move to Texas for college, her image of the state boiled down to one thing: a cowboy wearing boots and a hat.

“When I came down here, I remember driving and seeing cowboys working on the side of the road — working on fences or something,” Maino said. “They were wearing stereotypical boots, jeans, a big belt buckle and a cowboy hat.”

Farney, who did not attend the hearing, wrote in the resolution that the cowboy hat is a “stylish” representation of Texas’ history, worthy of its own recognition by the 84th legislature.

“The cowboy hat is recognized all over the world as a symbol of the Texas Western heritage,” said Rep. Lyle Larson (R-San Antonio), who spoke on Farney’s behalf. “It’s very distinctive when you wear that hat anywhere in the world. People ask the question, whether you’re from Colorado or Texas — ‘Are you
a cowboy?’”

Texas currently has more than 50 official state symbols — chili is the state dish, the Texas Toad is the state amphibian and the state’s official epic poem is “The Legend of Old Stone Ranch.”

The modern cowboy hat’s origins date back to the 19th century, when a Philadelphia hat maker, John Stetson, made an exaggerated version of popular hats such as fedoras and bowler hats, according to Jeannette Vaught, a Ph.D. candidate who researches the history of cowboys and rodeos in the state.

The hats became a status symbol because of their high price tags. As the hat grew in popularity, different styles emerged across the nation. Vaught said the hat is part of Western culture as a whole but is especially associated with Texas because of ranching’s prominence in the state.

“Obviously people all over the country … wear cowboy boots and cowboy hats and wear Western clothing. … For Texas to make claim to any part of these Western wardrobes is really an artificial designation of it as Texas’,” Vaught said.

While most students won’t see an abundance of cowboy hats when they walk across campus, they are prominent at football games, and particularly for student organizations such as the Texas Cowboys.