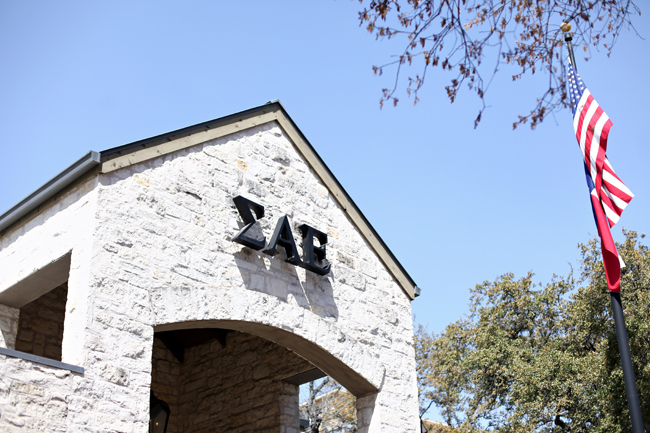 An investigation conducted by the dean of students office found no connection between UT’s chapter of Sigma Alpha Epsilon and a racist chant the University of Oklahoma’s SAE chapter was punished for singing last month.

A video of members of the OU SAE chapter singing a chant that included lynching references and anti-Black slurs went nationally viral in March. Three weeks ago, an OU investigation found the students learned the chant on a cruise sponsored by SAE’s national organization, its use was likely widespread.

Dean of Students Soncia Reagins-Lilly said an investigation into UT’s SAE chapter, launched in the wake of the video, found the chapter was not connected to the song.

“Following the events involving the Sigma Alpha Epsilon (SAE) fraternity chapter at the University of Oklahoma, our office was made aware of online rumors of similar behavior at our local chapter of SAE,” Reagins-Lilly said in a statement. “Our review of these statements included contacting current organization leadership and speaking with alumni of different periods, who all stated no knowledge of the chant and that such behavior had no place in their organization.”

Reagans-Lily said the investigation was complete.

“At this time, our office has received no official complaints or reports of this behavior and found no evidence in our review,” she said.